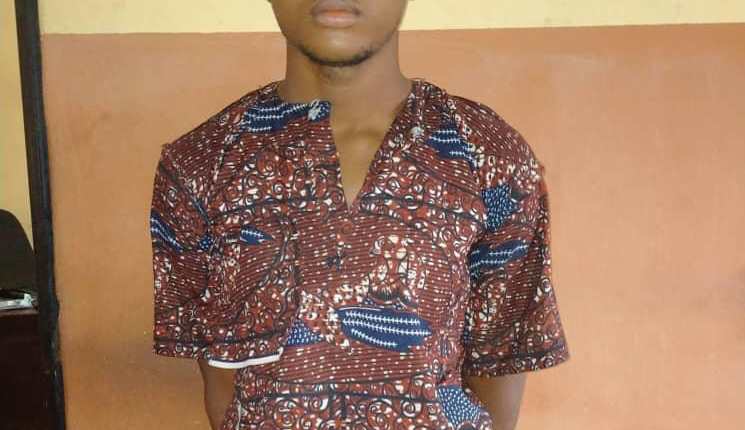 Usman Hassan, a principal suspect among kidnappers who abducted and later killed an Ibadan farm owner, Mr Oluwole Agboola, has been arrested by police operatives in Ogun State Command.

Hassan is the brother of Usman Tahiru, who was a staff member of late Agboola, and who confessed that he collected N50,000 as his share of the ransom paid by the family of the late farm owner.

Hassan, whose accomplices had been arrested in Oyo State after the kidnap of Agboola at Solalu Village, before he was eventually killed, had run to Ogun State to hibernate when he knew that the police were after him.

Disclosing the arrest of the kidnap suspect, the police spokesman in the state, DSP Abimbola Oyeyemi, said in a statement on Monday that he started recruiting other Fulani men to form another kidnap gang in the state.

According to Oyeyemi, “he (Hassan) ran out of luck when detectives of Ogun State Police Command got information about his activity from the Fulanis he had tried to recruit into his kidnap team.

“His hideout in Imala area was stormed by the detectives and he was promptly arrested.”

The PPRO stated further that when he was interrogated, Hassan opened up on how he conspired with his biological brother, Tahiru Usman, and others, to kidnap their victim in the Akinyele area of Ibadan.

He said that Hassan also confessed that Agboola was killed after the gang had collected the ransom because their victim knew and could identify them.

Oyeyemi added that the state Commissioner of Police, Edward Ajogun, had directed that the suspect be transferred to the Anti-Kidnapping Unit of the State Criminal Investigation and Intelligence Department, Eleweran, Abeokuta, from where he would be transferred to Oyo State Police Command for further interrogation and subsequent prosecution.

However, Hassan, in an interview with the Tribune Online, said that he was not privy to the kidnap of his brother’s late boss, but was only asked by his brother, Tahiru, to bring three Fulani men to a junction close to the farm on the day of the kidnap.

He said he left immediately and only saw Tahiru some days later, adding that his brother could not give a good account of his boss’s whereabouts.

Hassan added that when he questioned his brother after hearing about his boss’s death, Tahiru told him that Agboola was killed after his family paid a ransom because he could recognise his attackers.

The suspect also said that contrary to his brother’s claim that he (Hassan) gave him N50,000 on the third day after the kidnap, it was his brother who later gave him N20,000 to repair his motorcycle.

He swore with the Qur’an that he did not know that it was part of kidnap money, saying that his brother was just trying to put him into trouble by mentioning his name as one of the planners of the kidnap.

Hassan said he had to flee Ibadan for Ogun State when he heard about all the things his brother said, and how the police had mounted a search for him.

In spite of the huge investment in the water sector by the government and international organisations, water scarcity has grown to become a perennial nightmare for residents of Abeokuta, the Ogun State capital. This report x-rays the lives and experiences of residents in getting clean, potable and affordable water amidst the surge of COVID-19 cases in the state.Runaway suspected kidnapper of Ibadan farm owner, Agboola, lands in Ogun police net