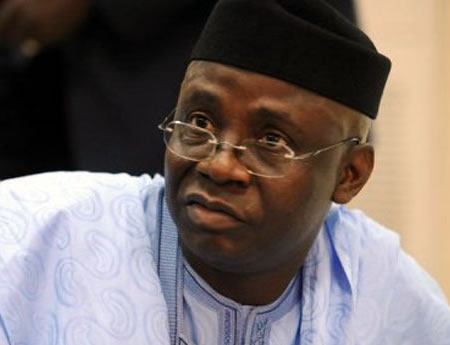 PASTOR Tunde Bakare of the Latter Rain Assembly has stated that God’s instruction for him to run for presidency would either spark excitement or condemnation.

Pastor Bakare however included that he would run “at the appointed time.”

The outspoken pastor and former running mate to President Muhammadu Buhari on the platform of the defunct Congress for Progressive Change, revealed that God gave him 12 prophesies and the most difficult of them all is the part where He (God) told me: “you cannot bring your political career to a close; there is still more to do. Run for the presidency.”

“This twelfth one is a difficult one for me. It may draw excitement or condemnation. I have tried my best to keep it (to myself) but the Holy Spirit will not allow me to do so, he said.

“In my study around 4 am on Sunday morning, God told me ‘you cannot bring your political career to a close; there is still more to do. Run for the presidency. I will do it at the appointed time,” the pastor added.

Pastor Bakare added that “Joseph (in the Bible) did not contest an election; yet, he became the Prime Minister of Egypt. Why must I worry myself about where to get the resources for the task?

“Your own duty in this assignment is to pray along with me. When it is the appointed time, He (God) will do it. When He tells me the time, you will hear about it,” he stated.

2018: Work resumes in Osun after suspension of strike by Labour Unions

Researchers gave robots the ability to think ahead