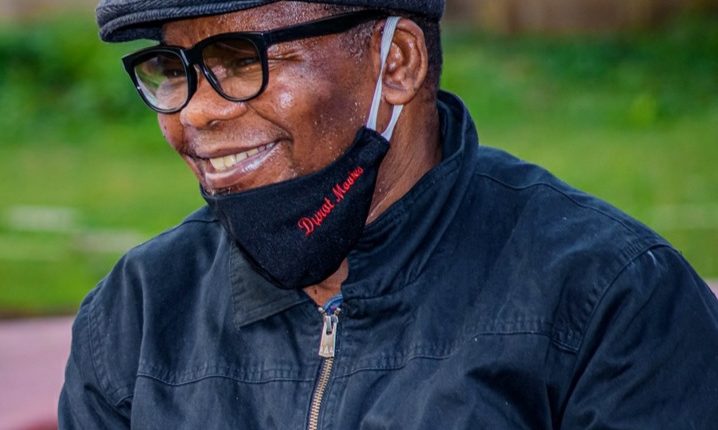 An action-packed political thriller produced by Dr. Rotimi Adelola and starring actors such as Akin Lewis, Lateef Adedimeji, Bimbo Oshin, Dele Odule, Taiwo Ibikunle and many other talented thespians, ‘The New Patriot’ is set to hit the screens soon.

The movie which was directed by Adebayo Tijani and Terry Ayebo talks about how the youths are disenchanted with the mismanagement, bad governance and endemic corruption in their tiny country – Republic of Aruguna, a colony of a big populous 3rd world country.

Ultimately, the youths snatch the lever of political power from the old folks and elect a female youth as the new President of the Republic of Aruguna.

According to the producer, Rotimi Adelola, “The New Patriots is an engaging movie, entertaining and is designed to be a catalyst for social change.”

Rotimi Adelola who also wrote the story, holds a PhD in Psychology of the University of Ibadan and is an Alumnus of the Harvard-Kennedy School of Government, Harvard University and the Tunde Kelani’s Film School, Mainframe Media and Film Institute, from where he graduated in 2017. Durot Movies and Number 9 film studio produced the movie.

Both companies are not new to film production in Nigeria. In 2016, Durot Movies powered the production of Orioye, a short Yoruba movie. The movie demonstrated the inherent dangers of greed and avarice of Kingmakers in the choice and installation of a new King in a small rural community.

Also In 2018, the two companies co-produced Kedere (No Hiding Place) which explored the negative effects of superstitious parental beliefs and pronouncement on a child’s worldview and conduct, even till adulthood.

Other productions of the studio include Ladies’ Chat – a talk show on trending issues concerning ladies, Psychotechnology of Success, a series of short lectures on the application of psychological principles to personal life.