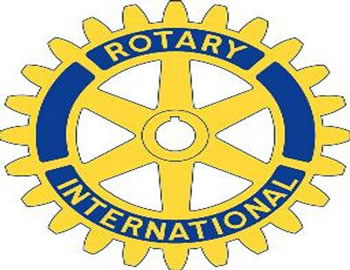 Speaking at the event, which took place at the hospital on Wednesday, Mrs Ijeoma Okpe, the Chairperson, District Blood Donation Challenge Committee of the organisation, said that 52 persons would donate blood during the launch.

She further said that 48 additional voluntary donors would be mobilised in the next one week to bring the number of donors to 100.

Okpe, who is a former Assistant Governor of the District, said that the programme marked the first activity for the Rotary Year.

Also speaking, Dr Dan Ajawara, the District Governor, pledged to work very closely with the hospital in other health-related areas during his tenure.

Ajawara listed the activities of the organisation for the year to include the promotion of peace, fighting diseases and providing clean water for the needy.

He said that the organisation would also embark on projects that would address maternal and child health issues.

He said that during the year, the organisation would strengthen the capacity of communities to support basic education.

“We shall further carry out services that will help to boost economic and community development,’’ he said.

In his speech, Dr Eddy Ndibuagu, the Chairman, District Polio Plus for Rotary International, said the organisation would collaborate with UNTH for sustainable advocacy on Polio Eradication Initiative, vaccine-preventable diseases and rehabilitation of polio victims.

In his address of welcome, a Consultant Haematologist, Prof. Obike Ibegbulam, lauded Rotary for always mobilizing voluntary donors and assisting the hospital to obtain blood at critical moments.

Ibegbulam specifically commended Okpe for her efforts and voluntarily donating her 30th unit of blood at the event.

The Chief Medical Director of UNTH, Dr Patrick Amah, thanked the organisation for ensuring availability of blood at no cost.

Amah, who was represented by the Public Relations Officer of the hospital, Mr Cyril Keleze, also thanked the voluntary donors, which comprised mainly students as well as young men and women from the organization.

Highlights of the event included the award of an ‘Outstanding Voluntary Blood Donor’ by the hospital to Okpe, as well as the presentation of certificates of recognition to 40 other voluntary donors.

The News Agency of Nigeria (NAN) reports that Rotary International District 9142, which was  inaugurated one year ago, consists of Abia, Akwa Ibom, Anambra, Cross River, Ebonyi, Enugu and Imo states.