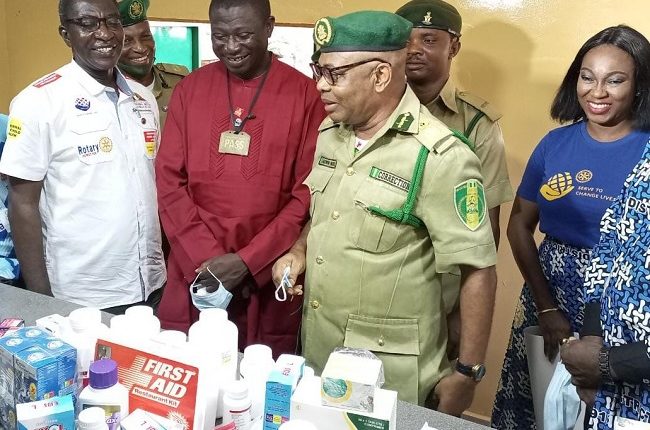 The club, which also donated drugs to the facility, commissioned the project during the club’s district governor, District 9125, Mr Ayo Oyedokun’s visit to the club in Ibadan.

It also commissioned a four block classroom with a library and donation of textbooks worth N300,000 at St Brigid’s College, Mokola, Ibadan.

Speaking during the commissioning of the project, he stated that the club put the project into consideration because “it is one of its areas of focus, disease prevention and control,” which according to him, is one of the health intervention schemes of the club.

“Before considering a project, we embark on needs assessment and since we have had another intervention, we discovered there is the need to renovate the health facility here.”

Also, president, Rotary Club of Ibadan Jericho Metro, Mr Samuel Kolawole, stressed the importance of quality education in a conducive environment and the provision of a well-equipped library as resources for students to excel in life.

On her part, the permanent secretary, Oyo State Ministry of Education, Science and Technology, Mrs Aminat Atere, commended the club for its commitment to humanitarian services, adding that the renovation of the classrooms and the library would help in creating a learning environment that is devoid of health hazard as well as promote reading culture of the youth.

The permanent secretary, who was represented by the Director of Planning in the ministry, Mrs Olufunmilayo Adewale, noted that investing in education of children is not a waste, adding that provision of quality education in a conducive environment has been the priority of the current administration in the state.