Role of leaders in exemplary accountability 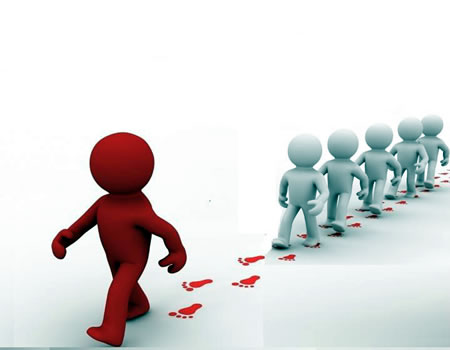 Over the centuries, there have been good and bad leaders. Good leaders have allowed themselves to be held accountable for their actions as they have led their people to a more secure, better reality; and bad leaders have refused to be held accountable as they have led themselves to a more secure and better reality at the expense of the people they led. It’s that simple.

Right now, the world is experiencing the biggest leadership crisis it has ever had. That doesn’t mean today’s leaders are necessarily worse than their predecessors, but because the world is now more connected than it ever was, the impact they have beyond their own borders is significant. For example, previous leaders never had access to the tools that today’s leaders have which give them the capacity to influence views and events around the globe. Such tools give today’s leaders a bigger voice than they possibly deserve.

It is hugely ironic that as the world has evolved to a collective consciousness that has set the stage for collaborative leadership and leadership with a higher purpose, some of the leaders that currently dominate the headlines  display none of the characteristics or qualities of this new generation of leader that the world so desperately needs right now. These leaders share one thing in common – regardless of what they say, they are in it for themselves first and they avoid holding themselves accountable to the people they are supposed to be leading. Some of them may say they do, but they don’t. They do what suits them and not what’s in the interests of the greater good of their people.

Indeed, Nigerians can no longer hold their emotions, as President Muhammadu Buhari increased the fuel price and electricity tariff to N162 and N66 respectively within a week. For the fact that Nigerians are now coming out of the lockdown, they really need stimulus, not an impetuous disregard for the challenges they face. In fact, many Nigerians have not earned an income for months, due to no fault of theirs. This increase is ill-timed and ill-advised; it is also a travesty, as it would have a knock-on effect on millions of poor Nigerians who will struggle to meet the increased costs of transport and basic goods. The development will eventually lead to increase in prices of goods produced by manufacturers, which will automatically result in an increase in inflation.

At least, if you are not prepared to be accountable for your actions in your home, you are not going to be able to hold your children accountable for their actions. You may be able to pull rank simply because of your position, but you have no moral authority and will get grudging respect to your face while you are despised behind your back. And your children will grow up with damaged values.

Leaders, managers and parents have failed to understand this most basic principle of accountability. Accountability all starts with you. You can’t think it should apply to others but not you – that you are somehow exempt from being held accountable. Sure, it’s frustrating to see political leaders get away with theft, but they do so because the people they lead don’t hold them accountable.

More Nigerians from all walks of life have continued to condemn the recent increase in the pump price of fuel. The angry consumers have argued that the increase came at a time that was least expected, while slamming the Federal Government, they described the move as insensitive and anti-people. Their take is that by increasing the price of fuel at a time Nigerians are grappling with the economic and social reality of the Covid-19 pandemic, it is nothing but to further traumatize them. It is glaring that the masses are suffering, and from all predictions from experts, deeper poverty looms. With all these happening, the government has only succeeded in impoverishing the common man on the street.

Already taking severe beating from the economic fallout of the pandemic, many Nigerians have been dealt an additional blow by the petrol pump price hike. Indeed, the chickens have come home to roost. Our country has relied heavily on imported petroleum products for many years, despite being Africa’s biggest oil producer and exporter. Successive governments have failed miserably to fix our refineries, with fuel imports gobbling up billions of taxpayers’ money. It’s bad enough that the government removed petrol subsidy at this time without putting in place palliative measures to cushion the impact and effect of price hike on long-suffering Nigerians.

Circumstances currently playing themselves out in Nigeria now will provide a case study of how not to do things. It will probably take a lot more time than most good, upstanding citizens would like it to take, but we need to hold our leaders accountable when they refuse to do so of their own accord. Things would be much different then. Instead of allowing the behaviour of current bad leaders in the world or in our country to cause you to become discouraged, rather allow them to inspire you to not be anything like them.

Use their examples as an example of how not to do things and make sure you bring about change for the better for all around you. I urge you not to sink to the levels of small minded leaders in it for themselves but to join me in demonstrating greatness as you lead others.