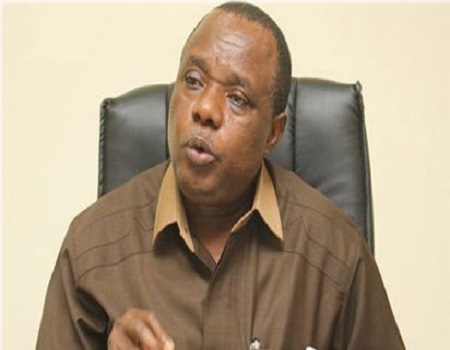 Revenue Mobilisation Allocation and Fiscal Commission refused (RMAFC) is to formally kickstart another effort to review the revenue allocation formula next week.

Chairman of the commission, Mr Elias Mbam made this known in Abuja on Tuesday after he received an Award of Excellence from the Nigeria Civil Service Union.

Currently, the country is operating on a revenue allocation formula of; Federal government; 52.68 per cent, State Government; 26.72 per cent and Local government 20.60 per cent.

Also, 13 per cent of the oil and gas federally collected revenue is returned to the oil-producing states and communities as derivation revenue to compensate for ecological risks of oil production.

The formula came via an Executive Order by President Olusegun Obasanjo following a Supreme Court ruling on the definition of littoral states.

However, the RMAFC in 2013 saw the need to still review this formula for balanced development of the country hence it went on a nationwide consultation to the 36 states and also met with notable figures.

By December 2014, the commission had come out with a proposed new revenue formula but for some reasons, the content never saw the light of day.

Now five years later, the RMAFC Chairman said that the commission plans to constitute a standing committee by next week to start work once again on the review of the nation’s revenue sharing formula.

Mbam said that the Commission would also pursue the diversification of the nation’s revenue for more sustainable growth and economic development.

“My agenda is to expand the sources of revenue for the federation. I will like to expand the cake that we are sharing so that people will get a reasonable quantity.

“I intend to do this through diversification in areas outside oil and gas and that includes solid minerals, agriculture and manufacturing.

“So we will encourage states and let them know what is available outside oil and gas so they can develop this aspect of the economy to their own benefit,” he said.

Mbam also spoke on the importance to revisit the issue of financial autonomy of the local government areas which would enable the bulk of Nigerians at the grassroots to get the best out of democracy.