•We are now endangered species — workers 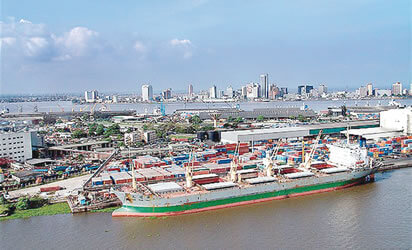 Dockworkers at the Ports and Terminal Operators Nigeria Limited (PTOL) in Port Harcourt port have lamented exposure to the dangerous Covid-19 pandemic following lack of Personal Protective Equipment (PPEs) while inside the port terminal.

Speaking to the Nigerian Tribune exclusively, a Trustee Member of the Maritime Workers Union of Nigeria (MWUN) at the Rivers Ports,White Harry lamented that despite a seven-day ultimatum issued to the terminal operator to provide PPEs for dockworkers working inside the port, workers are still without PPEs.

According to Harry, “Yes, the MWUN gave PTOL a seven-day ultimatum to either kit port workers with PPEs or risk the port terminal being shut down; but as you know; we have only two port terminals at the Port Harcourt port, which is the PTOL Terminal and the BUA Terminal.

“The BUA Terminal is still embroiled in a legal tussle with the Nigerian Ports Authority (NPA) over collapse of port infrastructure, so that leaves only the PTOL Terminal functional as we speak. Therefore, shutting down the PTOL Terminal could mean total shutdown of the Port Harcourt port in Rivers State.

“Port workers are now endangered species at the Port Harcourt port because none of them goes into the port with any PPE in this Covid-19 period. The seven-day ultimatum has lapsed, and nothing has changed. The situation is quite pathetic.”

It would be recalled thatMWUN, in a letter dated May 6, 2020, had issued a seven-day ultimatum to the management of Ports and Terminal Operators Limited (PTOL) over failure to provide safety and Personal Protective Equipment (PPEs) for dockworkers at the Port Harcourt port.

In the letter signed by Louis Agbi, Assistant Secretary General of the branch, the union frowned at the non-compliance by the terminal operator to provide the requisite safety standard equipment for workers at the facility, saying failure by the concessionaire to comply with the ultimatum means withdrawal of service from the terminal.

We have not abandoned AIS automation — NAMA