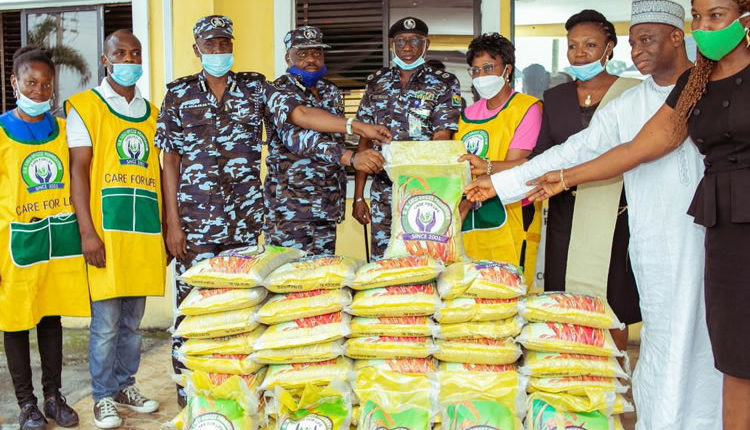 The Rivers State Commissioner of Police, CP Joseph Mukan psc, has commended the O. B. Lulu-Briggs Foundation for its yuletide outreach to the Rivers State Police Command and in particular, the widows of fallen heroes of the command.

The Police Boss made the commendation while receiving bags of rice donated by the O. B. Lulu-Briggs Foundation as part of its Christmas outreach to the Rivers State Police Command.

On his part, Brigadier General Tayo Adio, Garrison Commander of the 6 Division of the Nigerian Army Port Harcourt, who received the items on behalf of the Acting General Officer Commanding 6 Division, Major General Ibrahim Mohammed Jallo, while expressing gratitude to the O. B. Lulu-Briggs Foundation for its laudable gesture, gave assurances that the bags of rice would be adequately distributed to widows of fallen heroes and officers of the Division.

The Christmas outreach of the O. B. Lulu-Briggs Foundation has seen the Foundation distribute bags of rice to communities, critical state institutions and vulnerable persons within the Niger Delta region. Some of the beneficiaries of the Christmas outreach include the Port Harcourt Correctional Center, Port Harcourt Children Home, Home for the Elderly, Degema Correctional Center, Special School for the Handicapped and the Port Harcourt Remand Home for Juveniles. Communities in Oron, Buguma, Abonnema, Okpo and others in the far-flung fringes of the Niger Delta are also benefitting from the outreach, resulting in immeasurable relief and an outpouring of gratitude.

In her Christmas message to beneficiaries, Dr. Mrs. Seinye O. B. Lulu-Briggs, Chairman Board of Trustees of the O. B. Lulu-Briggs Foundation, urges Christ-like love, brotherliness and an unflinching devotion to Almighty God at all times.