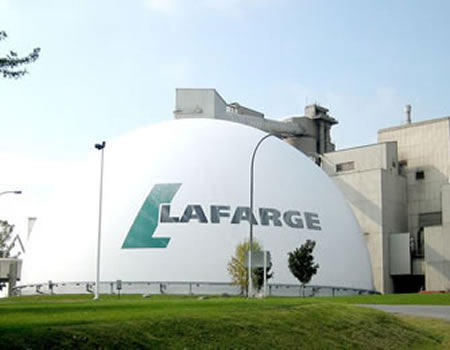 They were declared winners at the grand finale of the competition held in Lagos last Thursday, with many notable individuals, including the Emir of Kano, Muhammad Sanusi II; deputy governor of Ogun State, Mrs. Noimot Salako-Oyedele; Ogun State governor’s wife, Mrs. Bamidele Abiodun, and her Cross River and Gombe state counterparts, Mrs. Lynda Ayade and Hajia Asma’u Yahaya respectively, as well as the Commissioner for Education in Lagos State, Mrs. Adefisayo, in attendance.

LANLC is an annual competition organised by Lafarge Africa Plc among primary school pupils nationwide as part of its corporate social responsibility initiatives.

For this year’s edition which is the fifth in the series, representatives from Ogun and Enugu state schools emerged second and third respectively. The winners were all rewarded with scholarship, certificate of merit and gifts.

Speaking at the event, chairman, Lafarge Africa Plc, Mr. Mobolaji Balogun, said “Literacy is crucial to the development of every society just as it also enhances citizen’s participation in the labour market, child and family health and nutrition, poverty reduction and life opportunities.”

He said Lafarge Africa had invested hugely in the education of the Nigerian child in areas covering scholarships and bursary awards, construction and renovation of classrooms, computer and skills acquisition training programmes, among others in its host communities across the country.

With this year’s theme being ‘Bridging Literacy Gap Together’,the chairman pointed out that Nigeria needed to urgently work towards securing a sustainable future that would lead to meaningful growth and development, global peace and security and technological advancement.

On his part, the country’s chief executive officer of the company, Mr. Michel Puchercos, commended participating students, saying the competition had really yielded positive results not only among direct participants but the entire citizens.

“We have impacted more than 700,000 primary pupils across 544 local government areas of the country, and we achieved this through the support of various states’ universal basic education boards (SUBEBs) and projects implementing partners – Ovie Brume Foundation and TEP Centre,” he pointed out.

In his own remarks, the special guest of honour and Emir of Kano, Muhammad Sanusi II, commended the company for using the competition to boost the literacy level in the country.

What I would love to achieve with my tenure — SSANIP president