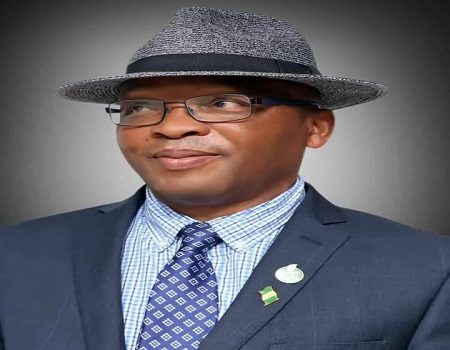 The Rivers State Chapter of the All Progressives Congress APC led by Sokonte Davies has begun moves to reconcile all aggrieved members of the party with the aim of re-building the crisis-ridden party in Rivers state.

To this end, the party has set up a reconciliation committee headed by two leaders of the party, Sen. Andrew Uchendu and Sen. Wilson Ake to meet with all aggrieved members of the party and unite the party as one towards the next political dispensation of 2023.

In an interactive session between the press and the Sokonte-Davies led State Executive Committee on Wednesday, Davies stated that the reconciliation moves were part of efforts by his CTC to rebuild the party and prevent the self-inflicted misfortunes of the 2019 general elections.

He said: “As we came on board we have tried to reach out to all the people, some of whom we believe or feel are aggrieved, so we are on that. We have called them individually, we are talking with them”.

“We have started an internal reconciliation process, headed by Sen. Andrew Uchendu and Sen. Wilson Ake, that is on the second place and like I told you we are talking to everybody.

He explained that his committee was not against the court ruling that all the candidates who purchased forms for the 2018 congresses should be part of the upcoming congresses saying that if the Appeal Court upholds the ruling the National Working Committee advises accordingly the committee would be bound to obey.

Davies stated: “I want to let you know that if you don’t get your acts right at the grassroots, at the ward level, you have lost it. Because subsequent congresses are delegate elections, they are the ones that will go to the grassroots that will inform whoever becomes whatever.

“So when that grassroots are united the top cannot do anything. Look at how one ward has caused the NWC of APC to be dissolved, one ward. That is the power of the grassroots. And it is good that this has happened so that every politician no matter your height will know you have to relate with the grassroots. Because the grassroots can take action that can affect your ambition, aspiration negatively. That is what we are trying to do.

This time we started earlier, unlike in 2019 when we didn’t start on time. We must organize ourselves, consolidate so that in 2022 we can have a strong party in the state”.

Davies also explained that his committee was not acting in contempt of the Justice Omereji Court order but only relied on the Article 21 of the APC constitution to suspend Igo Aguma who against the court judgment committed some acts of indiscipline by trying to run the party as a sole administrator.