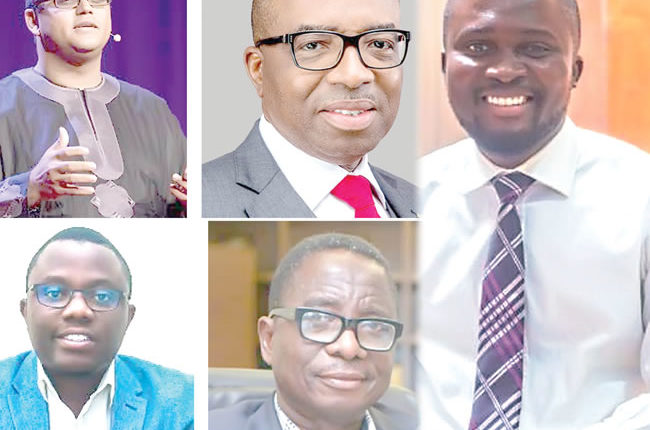 Every individual is a product of nature and nurture. Nature bestows on everyone certain attributes such as temperaments, talents and skills, which are the ingredients of success. However, these natural attributes do not, on their own, guarantee success. The real determinant of success is the role played by the environment in nurturing the attributes provided by nature. This results in the individual either blossoming or shriveling. While nature provides the ingredient, the final outcome is a function of the nurturing that goes into nature’s provision.

The story is told of two sharks that were born at the same time. One was thrown into the ocean while the other was put in an aquarium. Three years later, the one in the ocean had become quite huge, as big as a one-storey building, but the one that was kept in the aquarium could not grow bigger than the aquarium despite having the capacity to be as big its contemporary.

Though nature equipped the sharks with the capacity to be as big as a ship, the environment in which they were nurtured determined the realization of the innate potential of each of them. So, while the one that found itself in a limiting environment remained small, the one that lived in a conducive environment actualized its potential. Therefore, the environment plays a vital role in how people turn out in life. This is why many Africans athletes and sports persons, who could not make any remarkable impact in their home countries because of the stifling environmental forces, get to other climes where the environment is enabling and become superstars.

Although, in every sphere of life there are people who have defied environmental limitations to live their dreams, they were only able to achieve this by taking certain steps.

Steps to rising above environmental limitations:

No one living in a stifling environment can break the environmental hold on him without being inspired. To be inspired is to have a perspective that is different from the dominant or pervasive one in an environment. Having a perspective that is at variance with the dominant perspective, will create a yearning and hunger for something different. That is the beginning of change. That is what kindles the motivation, stirs the excitement and fuels the gusto. Until there is a thirst for something different, there cannot be a difference in experience.

Most of the people who operate under a crippling environment do not know anything different from what they have been exposed to. So, they do not, and sometimes cannot, desire anything different. That is why they are content with their condition and are incapacitated about changing it. But what they fail to realize is that there is something better than they currently have. If only they knew, they would desire it and they would have a different experience.

Tragedy of the elephants’ memory

A man saw some elephants held down by a small rope tied to their front legs. The rope was so tiny that the man wondered why the elephants did not free themselves. He saw a trainer nearby and asked him why he took the risk of tying down the huge animals with just a tiny rope. The trainer explained that when they were still very young and much smaller, the same size of rope, which was strong enough to hold them then, was used to tie them. As they grew up, the animals had conditioned their minds to believe that they could not break away. So, they did not even bother to make any attempt.

If only the elephants could be inspired to see their situation from a different perspective, they would walk unhindered into their freedom.

To break the barrier imposed by the environment, you have to become a more knowledgeable person. This is because what you do is a function of who you are. Therefore, until you change, nothing around you changes. You can’t do new things until you become a new person. Your peak performance is a reflection of your installed capacity. So, until the capacity is increased, you can’t get a result different from the previous ones. When you scale up your knowledge, you prime yourself to rise above environmental limitations.

What the acquisition of new knowledge does is that it offers the opportunity for you to set your own rules because you see what others don’t see and therefore can do what others cannot dare. So, rather than being a slave to the environment, you control it and force it to dance to your tune.

Hard work is the antidote to a hard life. It has been found out that the harder people work, the luckier they get. So, breaking environmental hold and moving up in life requires hard work, sweating it out, enduring the grueling and putting up with the grind. Those who want to change their experience with respect to environmental limitations have to imbibe the culture of hard work.

But hard work is insufficient to change anybody’s trajectory. It needs to be combined with innovation to guarantee sustainable success.

Innovation is the product of creative thinking. Thinking is action’s precursor. As a matter of fact, thinking determines actions. Unless the thinking changes, action does not change. Hard work without creativity does not produce much yield. The import of this is that a new thinking, which is not in consonance with the dominant thinking, is needed if a new experience is desired. To break the hold of environmental limitations, you must deliberately engage in creative thinking.

To be determined is to be firmly resolute about a situation. Determination is a critical factor for knocking off environmental limitations because on the journey, there will arise occasions when there will be temptation to give up. Being determined is refusing to give up in the face of difficulty.

Failure is often the first phase of success, but those who are not determined often fail to move from failure to success. Almost every successful person or organization has tasted failure. However, the difference between those who get the garland of success and those who don the shame of failure is in their determination or lack of it. Failure and disappointment are nothing but mileposts on the road to success. If you concentrate on the milepost rather than the destination, achieving your target becomes impossible. So, when you are hit by failure or disappointment, rather than becoming disillusioned, be more determined. That is what Anthony Joshua did and he is today a global celebrity.

As a black teenager growing up in Britain, Anthony Joshua was defined by his environment and ended up being remanded in prison for “fighting and other crazy things.” At 21, he was arrested with eight ounces of herbal cannabis hidden in his car. He was later sentenced to a 12-month community order and 100 hours’ unpaid work after pleading guilty. He was also suspended from GB boxing squad. Joshua, who has Nigerian roots, tried to represent Nigeria in the 2008 Beijing Olympics but he was turned down. All of these are enough to shrivel the lily-livered and take them off course, but not Joshua. With every challenge, he became more determined to live his dream of becoming the best boxer ever. After the Nigerian rejection, he returned to Britain and eventually represented the country in the 2012 London Olympics where he won a gold medal. Today, Joshua is a two-time unified world heavyweight champion, having held the WBA, IBF, WBO, and IBO titles since December 2019 and previously between 2016 and June 2019. Joshua has been able to overcome environmental limitations and has achieved his childhood dream not just because of his skill and dexterity but also because of his determination to continue in the face of failure or disappointments.

Human beings are creatures of relationship. So, everyone is only as successful as his network. To rise above environmental limitations, you need to connect with the right people because if your network does not change, your value cannot change. To transcend the limit set by your environment or your society, you will have to network with people who are not subject to your environmental influence. Associate with mentors or people who are already operating at the level you seek to get to. The importance of this is that you don’t have to go through what they went through to get to where they are. When you connect with those whose realities are your own aspirations, you position yourself for a leap because they will show you the way to your desired destination and that weeds a lot of thorns off your path.

There is always a way out of any labyrinth. The problem is that there are not enough people with the will to find it out.

Understanding the strength of your company