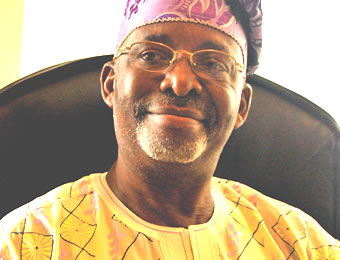 FOUNDER of the Oodua Peoples Congress (OPC), Dr Fredrick Fasehun, has asked activists in Nigeria to rise and save democracy in the face of what he perceived as deliberate subversion of the basic tenets of democratic values.

Addressing newsmen in Lagos, on sundry national issues on Wednesday, he warned against the current lethargy (siddon look) by pro-democracy and rights activists to the ongoing undermining of democratic and judicial processes in the land.

“Democratic activists like me fought for the entrenchment of this seeming democracy the country all enjoy today and we shall not sit idly while some people put up actions and conducts that will turn back the hands of the clock. Therefore, I seize this opportunity to call on civil society groups, workers unions and democratic activists to return and play their watchdog role. We fought and sacrificed for this democracy.

“We should not turn away and let some fly-by-night politicians and carpet-baggers come and ruin it for us and our children. Eternal vigilance is the price of democracy.  And in this responsibility, we cannot afford to fail,” he stated.

Fasehun, who doubles as the national chairman of the Unity of Nigeria (UPN) and the Coalition of Ethnic Nationalities of Nigeria, said the country had, in last one year, witnessed “some strange occurrences that constituted landmines, warned that “we cannot continue to maintain the siddon look kind of attitude, because we need to raise the alarm to wake those on the driving seats of this nation and help them avoid those landmines,” he said.

According to him, the latest of such landmines is the confusion in Abia State, over the ruling by Justice Okon Abang of the Federal High Court sitting in Abuja, on the petition brought by Mr Uchechukwu Ogah, that ordered the Independent National electoral Commission (INEC) to issue the litigant a Certificate of Return and that he should be sworn in immediately as governor.

Fasehun claimed that such order was not only provocative, but also injudicious and suspicious, as the judgment “flies in the face of the law and against common sense.

“The judiciary in other places always strives to dispense justice and fairness to both the litigant and the respondent, and allows everyone to exercise his right to fair hearing to the maximum through appeals made to higher courts; in this case, the Court of Appeal and the Supreme Court. What if the case had been one of homicide and the death penalty passed, would the judge order that the prisoner be executed immediately, depriving the accused his chance to appeal?

“The judge should have borrowed good precedents from the recent governorship cases that went not just to the Court of Appeal, but all the way to the Supreme Court. These include those of the sitting governors of Rivers State, Ekiti State, Nasarawa State and Sokoto State. No judge of the lower court should pretend he is the Alpha and Omega over the fate of anyone in the country. Such a stance is injurious to societal sanity,” Fasehun stated.

Besides, he said the Electoral  Act provided that a person, whose election got nullified had 21 days, that is 504 hours, to file an appeal and would remain in office for as long as it takes to determine his appeal.

Citing Sections 177 and 182 (1) to buttress his argument, Fasehun wondered why the issue of tax should arise now in view of the fact that Ikpeazu was in the state civil service for the last 25 years, meaning that technically and administratively speaking, his tax is deducted from source, just as he said “tax payment and the presentation of tax clearance certificates are not a prerequisite for contesting an election under the Nigerian Constitution or the Electoral Act.

“People are insinuating, rightly or wrongly, that some Igbo politicians close to the national seat of power are especially desperate to cause a change in Abia’s governorship, because Dr Ogah would cross to APC after being sworn in, thus giving the party at the centre at least a foothold in the South-East, while as well giving Igbo people better voice in the Federal Government.

“Whether this is true or not, I do not know, but what is clear is that Abia people deserve peace. We sue for peace in Abia State. We urge all men and women of goodwill in the state to hold their peace and let justice run its course. No one must allow the inordinate ambition of any politician to cause disrupting of peace in the state,” Fasehun cautioned.

While alleging that the judiciary had come under much pressure since 1999, he, however, challenged the arm of government to live up to its billing as the last hope of the common man.

He chastised the judiciary for “taking sides with the prosecution and the government whenever a corruption or money-laundering case comes up,” as he claimed that the huge bail bonds being posted on accused persons appear rather judgmental.

“It shows that the judge has conclusively taken a position that an accused has mismanaged whatever huge amount of money he is being accused of corruption with, and therefore bail should be posted for him with an equally huge sum. This is wrong. How can someone be liable to bail with N100 million, N500 million, N1 billion and so on; isn’t the court showing a prejudicial and prejudiced agreement with the prosecution that such a person is guilty as charged?

“This is against the maxim that anyone is innocent until proved guilty. It ultimately violates the person’s right to fair hearing, displaces judicial independence and impartiality, and it most importantly contradicts Section 36(5) of the constitution, which stipulates that: “Every person who is charged with a criminal offence shall be presumed to be innocent until he is proved guilty.”

Democracy Day: We must join hands to build the future we want ― Sanwo-Olu