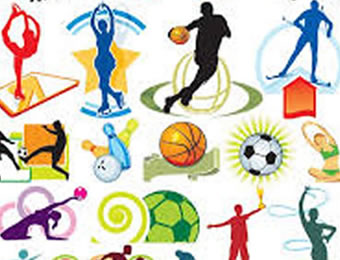 The Ministry of Youth and Sports will receive its budgetary allocation for the Rio Olympics by tomorrow (Wednesday).

The Director General, Budget Office of the federation, Mr Ben Akabueze gave the assurance on Monday at a meeting he held with the House committee on Sports, Ministry of Youth and Sports, the Account-General of the federation and the Nigeria Olympic Committee at the House of Representatives, National Assembly, Abuja.

The Deputy Chairman, House committee on Sports, Honourable Anayo Nnebe had enquired why funds budgeted for the Rio 2016 were yet to be released barely three weeks to the opening ceremony.

“The committee resolved to invite the Minister of Finance, the Director-General Budget, the Accountant General of the federation, the Minister of Youth and Sports Development, the Permanent Secretary and the President Nigeria Olympic Committee because Nigerians are worried that up till now, funds have not been released for the Olympics. The implication is that almost every part of preparations for the games is on hold. We can’t prepare without funds. Releasing funds just a few days to the games will not be good enough to prepare the athletes for the games,” Nnebe said.

In his response, Akabueze stated that his office had a budgetary allocation of N600m for the Rio Olympics. N415.6m was for preparations of the Olympic and Paralympic Games and an allocation of N184.6m to the Nigeria Olympic Committee to facilitate the games proper out of which the ministry had sought the release of N503, 977,710m.

“You will recall the late approval of the budget and the challenges of processing this release which was occasioned by the long public holidays. The bottom line is that in a day or two, the funds will be released,” the DG assured.

One of the committee members and President, Cycling Federation of Nigeria Hon. Mohammed Nur Sheriff however urged the Budget office to also take a step further to ensure that the funds needed for the games were paid to the ministry in dollars to save them another long process of getting the foreign exchange value.

The Sports Minister, Barrister Solomon Dalung however, assured that the Ministry had done its best in preparing 78 athletes for ten events despite the unavailability of funds.

We have sponsor to pay Le Guen, others —Pinnick

Rio Olympics: Why we lost to Colombia •As Dream Team faces Denmark in q/final