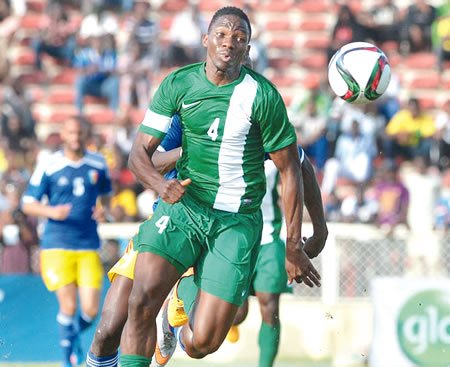 NIGERIA U-23 coach Samson Siasia is mulling replacing injured Segun Oduduwa with either Super Eagles star Godfrey Oboabona or Kenneth Omeruo for the Rio Olympics, According to AfricanFootball.com.

Oduduwa has been ruled out of the Olympics in August after he dislocated his knee in training and he will be out after surgery for as long as a year.

“The choice of a replacement for Oduduwa has narrowed to between Oboabona and Omeruo,” an official informed AfricanFootball.com

“Such a replacement is allowed because Oduduwa has been  certified injured.”

Turkey-based Oboabona is 25 and he will therefore feature in Rio as one of three over-aged players allowed for the competition.

Omeruo, on the other hand, is 22 and so he is eligible for the football event in Brazil.

However, an earlier effort to draft the Chelsea stopper failed after Omeruo excused himself from the games on the advice of his doctor over a recurring groin injury.

There has now been a renewed bid to make him rescind this decision, officials told AfricanFootball.com.