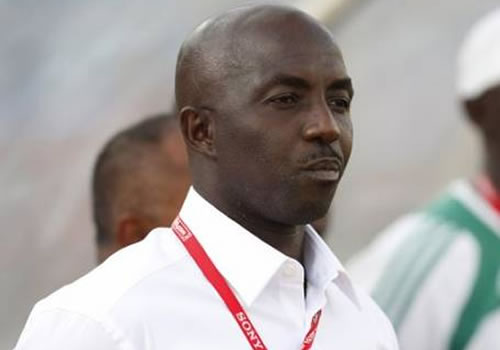 Nigeria Olympic soccer team coach, Samson Siasia has said anything short of wiining the gold in Rio in August will not be celebrated back home.

Siasia led Nigeria to play in the gold medal match at the Beijing 2008 Olympics against Argentina and that was after the country made history as the first African side to win the Olympic football tournament in 1996.

“It is not going to be a walk in the park (to win Olympic Gold). It is going to be a very difficult task. But the thing is that anything short of Olympic gold is nothing because nobody will even come and welcome us when we come back without the gold,” he said.

“So, it is a difficult one. But we will do the best we can so far these players (confirmed foreign-based stars) are coming. We will know exactly how we are playing and what will come out from the players we have.”

African U23 champions Nigeria are drawn against European champions Sweden, Asia champions Japan and Colombia in the group phase of the Rio Olympics.

Siasia’s build-up has suffered several hitches after several of the country’s top stars were blocked by their European clubs from featuring in the competition.

Siasia has also complained that the squad in training camp in Atlanta, United States of America, are not motivated as they have not received any allowances since they departed Nigeria last month.