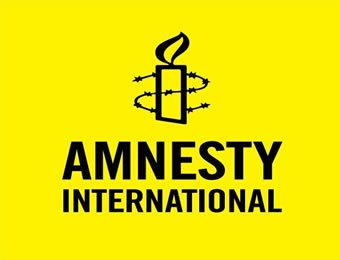 NIGERIAN leaders from 1967 till date are allegedly complicit in human rights violation and accused of allowing perpetrators to practically walk away.

Global watchdog, Amnesty International on Thursday celebrated its diamond jubilee, knocking past and present Nigerian leaders over alleged sustained impunity in the violation of human rights of Nigerians.

Also, days to the 54th anniversary of its operations in Nigeria, Amnesty International disclosed in a statement on Thursday that it was poised to expand its agenda to start bringing rights violators to trial.

The human rights organisation’s Country Director, Osai Ojigho, in the statement, said: “At 60, Amnesty International is geared to do more for the protection and promotion of human rights. The organisation will broaden its work in Nigeria to ensure that suspected perpetrators of human rights violations face justice, and that victims enjoy access to effective remedies.

“The organisation will continue to insist that authorities respect the rights of everyone. People deserve to live with dignity and to enjoy the right to due process of law. Our research work from 1967 shows a pattern of disregard for human rights. This must change.”

The organisation said it hadn’t found any difference between military juntas and democratically-elected leadership in more than five decades of monitoring rights violations in Nigeria, noting that perpetrators always get to walk away, without as much as a slap on the wrist.

She said: “From the 1960s to date, the work of Amnesty International Nigeria shows that while some successes have been recorded in some areas like Child Rights Act and Anti-Torture Act, suspected perpetrators continue to enjoy a sense of impunity for human rights violations.

“Attacks by Boko Haram insurgents continue to pose danger to lives, as they now intensify attacks in Borno State and beyond. Failure to address violations by the military in the fight against Boko Haram has denied the hope of getting justice for hundreds of victims. “Nigeria consistently failed to bring suspected perpetrators to justice. In most cases, victims of human rights violations hardly get justice. Failure to bring violators to justice is a stain on Nigeria’s image. Nigeria’s law enforcement and judicial system must be empowered to deliver justice.

“Not much has changed about human rights in Nigeria since 1967 and the concerns remain flagrant disregard for human rights, failure of authorities to protect the people, threats to human rights, including the right to freedom of expression, suppression of dissenting voices and lack of accountability.

“Incessant killings and the stunning failure of the authorities to end them and bring suspected perpetrators to justice have been and continues to be a threat to the right to life in Nigeria.

“From the days of military’s heavy-handed rule to the years of civil rule and up to today violation of human rights by both state actors and abuses by non-state actors continue to be matters of concern.”

The global organisation said Nigerians always resort to protest when their rights are breached, adding that the said space is now being appropriated by the authorities, which won’t still get the victims justice.

The statement reads in part: “Alarming escalation of attacks, abductions for ransom and frequent killings across Nigeria have left people feeling more unsafe, showing utter failure of the Nigerian authorities to protect lives and properties.

“Amnesty International started working on Nigeria on June 1 in 1967 with an intervention on the Nigerian civil war which ended in 1970. Nobel Laureate Wole Soyinka was declared a prisoner of conscience, for being detained solely for his dissenting opinions. Between 1968 and 1969, the annual report documented and expressed concern over suspension of human rights in the context of the civil war.

“On April 10, 1978, six Nigerian students were killed and many were detained while protesting staggering increase in student fees. From then on Nigerian youths continued to face violent crackdown for exercising right to freedom of peaceful assembly. From June 12, 1993 pro-democracy protests, occupy Nigeria protest of 2012, to the #EndSARS protest of 2020 Nigerian authorities continue to violently repress peaceful protests.