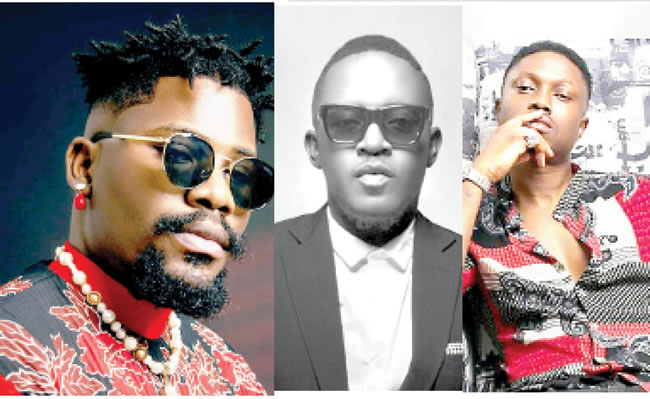 A cold war appears to be brewing between Nigerian rappers and oragnisers of Rick Ross Live in Lagos concert after many Nigerians rappers including the popular ones such as Vector, Ycee, MI among others were not invited to be part of the event.

Many people who are ardent followers of the rap culture in Nigeria said they were sad that none of Nigeria’s established rappers got to perform on stage with the veteran American rapper, Rick Ross who thrilled music lovers in Lagos on Thursday with cameo appearances from Tiwa Savage, Mayorkun, Davido, Mayorkun,, The Cavemen, Fave and others.

The show was the initiative of global music power players, Immensum Music and Stellar International and dubbed Rick Ross Live in Lagos.

Airing his view on what he described as a sad development, Omo Alhaji crooner, Ycee said it was unimaginable to hear that Rick Ross was in Nigeria for a show and the organisers did not deem it fit to involve Nigerian rappers who have been promoting rap music over the years.

Ycee bemoaned the situation and blamed the brains behind the concert for failing to promote Nigeria’s rap culture and artistes on one of the biggest stages that could have transformed their lives.

While Ycee admitted that he has not released any rap music in a while, he didn’t hide his displeasure, saying “ How do you have a Rick Ross show in Nigeria and not have one single Nigerian rapper on the line up? And tomorrow, you wanna come on Twitter and ask why rappers are switching genres,” he asked.

In his reaction, Mr Icredible (MI) recalled that his first gig ever in 2008 when he performed shared the stage with JayZ, Rihanna and Usher, saying he learnt a valuable lesson knowing that they don’t respect Nigerian rappers until they respect themselves.

Davido gives full scholarship to boy who made 9 As