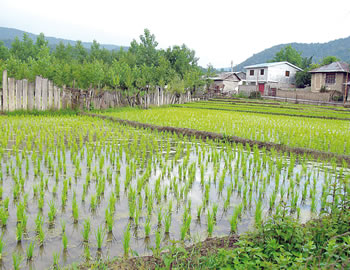 The Bank of Agriculture (BOA) says it is targeting 300,000 farmers in 13 states to achieve sufficiency in rice within 18 months.

The Managing Director of the bank, Prof. Danbala Danju, stated this on Sunday while interacting with newsmen in Kaduna.

He said that the farmers were being identified in 13 rice producing states to key into the Central Bank of Nigeria (CBN) Anchor Borrowers’ Programme.

“Primarily, for now, the focus is on rice to help achieve the current objective of self-sufficiency in domestic rice production in about one and half years which President Muhammadu Buhari promised the country.

“The country has been importing rice and because of the foreign exchange and the focus of the new administration, the CBN came up with an anchor borrowers’ programme,’’ he said.

He said the development followed the successful pilot programme in Kebbi where the Federal Government had so far disbursed N12 billion to support more than 75,000 rice farmers.

“More than 300,000 metric tonnes of rice is being produced from the pilot programme where 98,000 hectares of land is cultivated. We now have plans because of the success of the pilot scheme in Kebbi.

“The Federal Government directed that we work closely with the CBN to target about 13 states in the anchor rice programme as well as in wheat production, tomato and other staple crops.

“The BOA is the best place to be as the specialist agricultural development bank which is more than 42 years in existence and has more than 137 branches all over the 36 states of the federation.

“We came into the anchor borrowers’ programme with the aim of supporting farmers to boost domestic production of rice.

“In the past, people will collect money and then divert it for other purposes; this time around we are disbursing mainly in kind.

“Now, we give farmers high quality seeds, pesticides, fertiliser and we also give them some kind of training to make sure they adopt the correct agronomic practices in order to have the expected yields.

“Each farmer has a budget of about N210, 000 per hectare disbursement in two forms and largely, they are given inputs such as seeds, fertiliser, pumps and then about N49, 000 as working capital, labour for land preparation and day-to-day management of the rice production.

“Now, not all the 75,000 farmers we targeted had collected the average amount of N210, 000 per hectare, because some of them had their water pumps and other inputs.

“But on average, each of the farmers was targeted to receive N210, 000 in estimated cost of cultivation of a hectare of paddy rice during the dry season,’’ he said.

On loan recovery, Danju said that the farmers had begun harvesting and that the bank had set up machinery in conjunction with the Kebbi Government.

He said that about 73 collection centres had been identified to help achieve 100 per cent recovery.

“We are doing this along with our staff, supporting security agencies and traditional rulers to ensure we recover 100 per cent the amount we expended during the dry season,’’ he said.