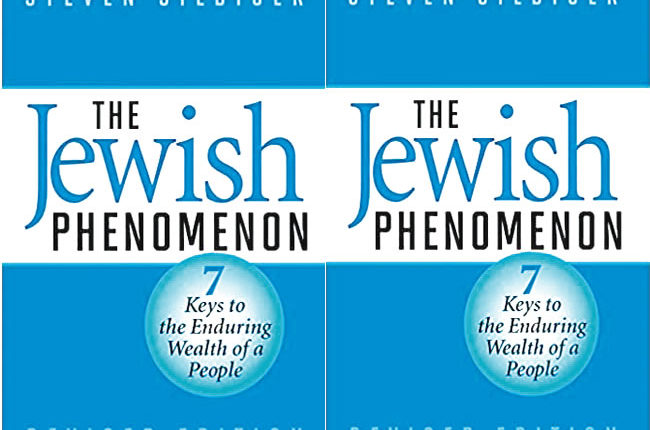 It’s impossible, of course, to truly explain “why” Jewish Americans are so successful. The answer is complex, subjective, and at the end of the day untestable. Silbiger offers his own explanations, however, and some of these tie in nicely to a larger point I want to make on successful investing.

According to Silbiger, himself a practicing Jew, Judaism is virtually unique among world religions in its bookishness and in its embrace of controversy and debate. Though there is some amount of debate in modern Christianity, the core tenets of the religion are generally considered unquestionable (though this obviously varies by denomination). As Silbiger explains, “For centuries Jews have been referred to as ‘The People of the Book.’ Jews bury religious books that have become worn with age and use, as a sign of respect for their contents and out of respect for the written word. From a very young age, Jewish children celebrate education…At the core of the Christian faith is what is called the ‘Great Mystery’ with regard to the Immaculate Conception, the birth of Jesus and the Resurrection. These events are accepted on faith, and in conservative Christian circles there is not a great deal of discussion or debate on the matter… This approach to accepting one’s religious foundations without a great deal of debate is a major cultural departure from the Jewish tradition.”

This is a roundabout way of saying that, as a group, Jews study, form independent opinions, and are willing to go against the grain when they believe their view to be correct. They are the quintessential nonconformists—or what we in the investment world like to call natural contrarians.

Jewish Americans have also mastered the art of making lemonade from lemons. For decades, Jews were more or less blackballed from prestigious law firms. After all, what would the gents at the country club say if you hired a Catholic or—gasp!—a Jew!

As a result, Jewish lawyers formed their own firms centered on practice areas that were considered less prestigious at the time, such as taxation, bankruptcy, personal injury, and estate planning. No respectable lawyer wanted to touch those areas in 1950. But today, these are some of the most lucrative areas of law.

The story is much the same in the financial world. American commercial banking more or less excluded Jews until well into the 20th century. Again making lemonade from lemons, Jewish financiers reacted by going into less-prestigious (at the time) investment banking, founding the firms that eventually become the modern-day masters of the universe—like Goldman Sachs.

So what lessons can we take away from this?

When investing—be it in stocks or in entrepreneurial ventures—it pays to be a contrarian, to go against the crowd. Investment areas that are not sexy will often times offer the highest returns over the long term. This is one reason why “vice investing” is a recurring theme in the Sizemore Investment Letter.

Perhaps the most important lesson, however, is that it pays to read and study.

Review of Jim Collins and Jerry I. Porras’ Built to Last