Review of Robert Iger’s The Ride of a Lifetime 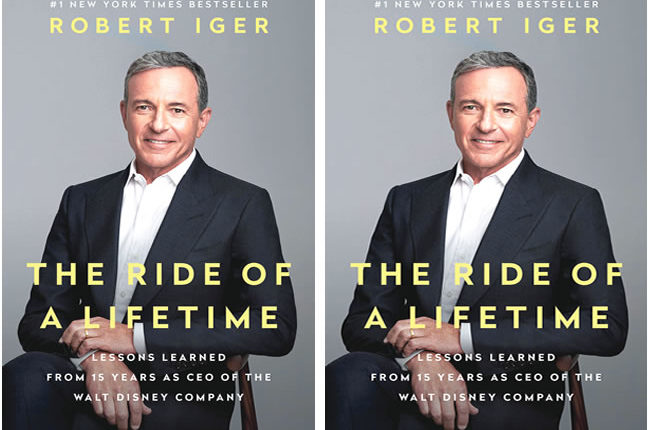 The Ride of a Lifetime is the memoir of Robert Iger, for 15 years CEO of Walt Disney. Iger describes the book as not so much a memoir as an effort to share the knowledge and leadership skills he’s gained after more than 45 years of working in different organisations. I think he fell short on delivering truly replicable leadership knowledge, but he illustrates a great example of Leadership Experience, in a genuinely uncommon workplace: Disney.

The first part illustrates the origins of his career, from part-time jobs to his real beginning at ABC, where he then moved through the management ladder, sometimes assisted by some good luck.

One of the most intriguing parts of the book is about the relationship with George Lucas, after the acquisition of Lucasfilm. When Disney screened The Force Awakens, his reaction was almost brutal. And he also went public with some very annoying feedback on how Disney had executed the new movie. A tale that is a fascinating insight into the complexities of dealing with an iconic brand, not to mention an icon, even if you’re the most influential media executive alive.

Another big account is the history of the deal for the acquisition of Pixar. Iger had to push his entire weight with the board of Disney to get this investment approved. On the day of the announcement, Steve found me and pulled me aside. ‘Let’s take a walk,’ he said. … We walked for a while and then sat on a bench in the middle of Pixar’s beautiful, manicured grounds. Steve put his arm behind me, which was a beautiful, unexpected gesture. He then said, ‘I’m going to tell you something that only Laurene’ — his wife — ‘and my doctors know.’ He asked me for complete confidentiality, and then he told me that his cancer had returned. … ‘I am about to become your biggest shareholder and a member of your board,’ he said. ‘I think I owe you the right, given this knowledge, to back out of the deal.’” Igers went on with the deal, as we know, as his goal of reaffirming the centrality of Disney with animation was a key focus. But this example perfectly shows how much CEO’s decisions are down to very human relationships.

In the book, Iger distils a few characteristics that have helped him succeed in leadership. He summarises four important ones:

Optimism. Even in the face of difficulty, an optimistic leader will find the path toward the best possible outcome and focus on that, rather than give in to pessimism and blaming.

Courage. Leaders have to be willing to take risks and place big bets. Fear of failure destroys creativity.

Decisiveness. All decisions, no matter how difficult, can be made on a timely basis. Indecisiveness is both wasteful and destructive to morale.

Fairness. Treat people decently, with empathy, and be accessible to them.

The Ride of a Lifetime is remarkably compelling work, as it shows three valuable lessons.

Leadership is a journey: It can be a planned career or a piece of luck that got you in a role. But in any case, learning to be a leader is an individual journey made of humility, listening and practising.

Business is personal: Also at this very high level, the big deals and the big problems reside in the personal relationship that people have. And caring for people across the business is an essential attribute for success.

Innovate or die. No need to comment further, except that the CEO needs to have the courage to go for the innovation, and often “pull the plug” from what needs to be removed.

If you’re looking for a dose of ready-made recipes, or a book of quotes to recycle for any occasion then this is not the book for you. If instead, you want to learn what it takes to steer and change a traditional organisation with an enormous cultural heritage then this book is truly the tale for you.