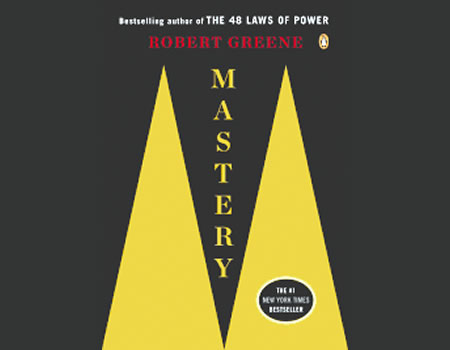 Robert Greene is a specialist in the themes of strategy, power, sex and seduction. In his fifth and latest self-betterment guide, Mastery, Greene addresses the lives of some supreme high achievers. The line-up ranges from top boxing coach Freddie Roach to the Wright brothers, Benjamin Franklin, Thomas Edison and Mozart. Tapping his background as a historian, Greene nails the ingredients that made them masters, arguing that greatness is more than innate.

Scientist Charles Darwin and Renaissance genius Leonardo da Vinci were nothing special before they embarked on a relentless pursuit of excellence, Greene says. Likewise, Philippine boxing prodigy, Manny Pacquiao, was a middling one-punch fighter until he met Roach, who sensed his promise and pushed him. “Roach kept waiting for the inevitable dynamic in which the fighter would begin to tune him out, but this never came,” Greene writes.

“This was a boxer [Roach] could work harder and harder. Soon, Pacquiao had developed a devastating right hand, and his footwork could match the speed of his hands. He began to win fight after fight, in impressive fashion.”

We all have a chance to be great like Pacquiao, it seems, because the mastery blueprint already exists in our brains. We are hardwired for achievement and supremacy, according to Greene, who says our emergence as a species with stereoscopic frontal vision and refined hand-eye co-ordination gave us an edge over early humans and primates. Those assets mean we can deliberate, to size up options for action, helped by our “mirror neurons” that let us sense what others think. Hence, our capacity for learning, problem solving and invention.

Still, like all the famous figures profiled in Mastery, to shine you must strive meticulously, says Greene, who has the moves covered. For instance, he advises that you should carve out a niche, “craft your persona”, and practise incessantly. Be bold but patient.

Learn through trial and error like Pacquiao and another featured titan, basketball Hall of Famer, Bill Bradley, whose example is even more inspiring because he lacked talent. Only suited to the sport by height, Bradley was slow and could not jump. So, during three-hour training stints, Bradley put weights in his shoes and taped cardboard to the bottom of his glasses, so he could dribble without seeing the ball. He exemplified a maxim attributed to 19th-century French scientist Louis Pasteur, who said: “Chance favours only the prepared mind.”

Fortune also favours the resilient because failure is good experience, Greene reckons. “Repeated failure will toughen your spirit and show you with absolute clarity how things must be done.”

Critics may say Greene, who champions 10,000 hours of application, asks too much. His strategy apparently means having no life beyond networking functions suited to honing your “social intelligence” and seeking mentors. Another niggle: perhaps the likes of da Vinci and Pacquiao just had reservoirs of hidden talent that merely needed stimulating.

Still, Mastery is instructive and intriguing, like Greene: before becoming a writer, Greene worked in about 80 jobs, ranging from builder and translator to Hollywood scriptwriter. A keen swimmer and mountain biker, he can speak five languages and is a Zen Buddhism student, a reflection of his perfectionist tilt.