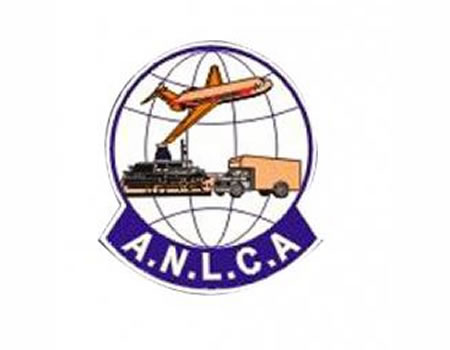 STAKEHOLDERS under the aegis of the Association of Nigerian Licensed Customs Agents (ANLCA) have raised the alarm that Customs is only arm-twisting importers to meet up with their revenue targets if there are no scanners working at the seaports.

It would be recalled that since scanners at the seaports collapsed, many seaport Commands of the Nigerian Customs Services (NCS) has resorted to physical examination of cargoes at the ports.

Speaking to Tribune Online over the weekend, Spokesman of the ANLCA, Kayode Farinto urged the Federal Government to adopt a Public-Private-Partnership (PPP) approach to the procurement of new scanners at the ports.

According to him, “As a member of the Federal Government Committee on Ease of Doing Business at the Ports, I have urged the government to buy new scanners if they are really serious about increasing revenue at the ports and stopping the importation of arms into the country.

“We have even proposed two types of approach to government as regards the procurement of scanners. We asked that government can either use the PPP approach, whereby the private sectors buy the scanners for Customs to use, and then a consultant is set up to look at image analysis. If the government is serious about stopping arms proliferation, then the issue of scanners at the ports must be on the front burner of discussion.

“The second approach is through a Bidding process. Government can throw it open through bidding, and give contenders the specification of scanners that will be needed at the ports. In this regard, there will be a need for government to enter into a Memorandum of Understanding (MOU) with bidders.

“We even recommended that any scanners that is purchased must also be used for our agricultural produce that is talking of export.

“I think the Customs should be commended for being able to intercept those containers of arms without the use of scanners, although we have heard that information came in through the INTERPOL.

“Nevertheless, the issue of scanners should not be toyed with or played with if the government is keen on security at the ports. “

“The Customs will want to be very careful now that we have arms importation on the rise. They will want to be more meticulous in carrying out hundred percent physical examination, and that will make cargo evacuation at the ports slower.

“It is a fact that if hundred cargoes are examined through physical examination, such examination is prone to human error which is normal. That is why we are asking the government to buy scanners if truly they are serious about stopping arms importation.

“If scanners are purchased, it will shore up the revenue base of the Customs because what they (Customs) are generating now is not up to what they should be generating. What they are doing now is just to arm-twist importers in-order to meet up with their revenue target.

“Because of the issue of revenue target, Customs is just arm-twisting g importers by issuing unnecessary Demand Notices (DN) on cargoes frivolously. But when the scanners are there, Customs can easily project on what it should be generating.

“Where importers are not supposed to pay DN, they are forced to pay. We should even commend this importers for still patronising Nigerian seaports despite all this frivolous DN raised by Customs on their cargoes. Importers are paying through their noses, but yet, they still bring their cargoes to our ports. My brother, it’s not easy, I tell you.”