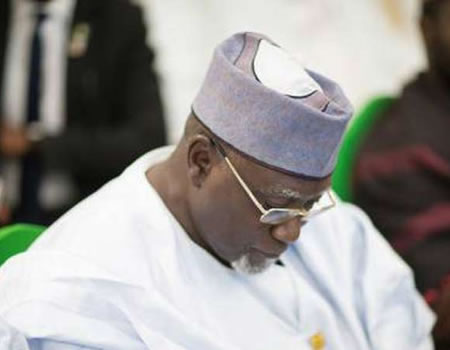 More facts have emerged on the role played by the sacked Director-General, Department of State Services (DSS), Mr Lawal Daura, on the botched attempt to forcefully effect leadership change in the National Assembly and how the plan was hatched.

Sunday Tribune learnt that there were more to the report being bandied around, especially over the series of denial that trailed the DSS operation, than meets the eye.

Though the plan was said to have been hatched and executed by Mr Daura, it was not without the input and support of some powerful interests in the ruling All Progressives Congress (APC).

Sunday Tribune leant that after the failure of the rumoured initial attempt to  get the Senate President, Dr Bukola Saraki  impeached on July 24, which led to the defection of some senators, individuals who felt that Saraki’s continued leadership of the Senate was an affront on the APC leadership and government had impressed it on the DSS boss that the embattled Senate president must be pushed out of office.

“The event of Tuesday did not begin that day,” a source told Sunday Tribune. “It was all part of the previous plan to force the Senate president and his deputy, Ike Ekweremadu, out of office, since it is now certain that they won’t resign on their own.”

A source close to Omolori however, said that the Clerk to the National Assembly never met Daura.

How the plan was leaked

Sunday Tribune checks further revealed that the plan of the DSS boss would have succeeded but for the Freudian slip made by Senator Ahmed Lawan after the meeting with President MuhammaduBuhari which, it was learnt, alerted some members of the opposition party.

Senator Lawan had in a televised interview stated that they had asked all their members to be present at the National Assembly on Tuesday. That statement, a source in the opposition, told Sunday Tribune, was the danger signal that alerted some of them.

“The meeting that was called for Tuesday was not for all members but NASS leadership. So when Senator Lawan made that statement, we immediately knew something big was going to happen,” the source stated.

“Though we alerted some of our members it was providence that saved the day. A member of the Senate president media team had arrived at the complex before the DSS took over. The reports and videos of the event as it unfolded then that were sent were our saving grace.

“They were what alerted other members who quickly massed at the entrance. Of course, there was also the heroic display of Honourable [Boma] Goodhead which forced the hands of the operatives.

Contrary to the lies and rumours being spread, none had an idea of what was going to happen. The Senate president was just lucky. He would have been impeached,” the source explained.

Findings suggest that the Acting President, Professor YemiOsinbajo, was indeed not carried along. But the same cannot be said of some APC leadership.

It was gathered that a meeting of the APC members presided over by their chairman, Comrade Adams Oshiomhole, had taken place during the night before the attack at Asokoro area. The meeting, it was said, was deadlocked over Saraki and Ekweremadu’s successors.

It was gathered that whereas the choice of the party for the Senate Presidency remains Senator Ahmed Lawan, two other senators are also eyeing the seat.

It was learnt that Senator George Akume and AbdulahiAdamu have been campaigning for the post of Senate President among core members of the APC and that each of Lawan, Adamu and Akume would have put himself forward if the coup had succeeded.

It was also learnt that some forces in the APC were also rooting for Senator Godswill Akpabio who had just resigned as Minoroty Leader  as a choice for Deputy Senate President.

While some members were said to have favoured the North-East clinching it because of Lawan, others opposed had cited Speaker Yakubu Dogara who is still in the APC being from that zone and would rather prefer it to remain in the North-Central. There was also said to be a disagreement over who to take over the seat of Deputy Senate President between Senator Hope Uzodinma, Andy Ubah.

Further insight into the plan revealed that the embattled ex-DSS boss was said to have deemed informing Professor Osinbajo or getting presidential clearance as an obstacle. He was said to have told close associates that the vice-president is a lawyer and that he would only be asking for due process to be followed.

“He said the VP would be quoting laws and due process and that would not help matters. That would keep Saraki and co in power. He believes that once Saraki and others are impeached, it is over. Even if they head to the court, it would take time before anything could come out the case.

“Once he got the buy in of some powerful stakeholders he moved in. The result is what we are seeing today,” the source said.

Why DSS staff jubilated over sack of Daura

Sources close to the security forces have confirmed the reasons why staff of the DSS jubilated when they heard of the sack of the erstwhile Director-General, Lawal Daura.

It was gathered that he assumed extraordinary powers immediately he assumed office  and that he ensured that all Directors at the National Headquarters of the service are made to queue up  to pay homage to him daily.

A source said: “To add salt to injury, you cannot even go and ease yourself because, once he sighted you in the CCTV that you have left, you are in soup.” Before Daura, Directors at the Headquarters of the service are allocated a Prado SUV, a Peugeot 508 as official cars and one Toyota Hilux as utility car.

It was also gathered that Daura reduced the monthly subvention of the Directors by as much as 70 per cent under the pretext that there is no money.

The former DSS was also said to have stopped the welfare all DSS staff even though it was said that he approved US dollars to sponsor some trips abroad.

Many of the operatives were allegedly denied their allowances usually paid for operational deployments a source said the In 2017, the former DG DSS allegedly sponsored 32 persons, including some of his wives and grandchildren to the USA with some of them getting as much as $10,000 for adults  and others got $5,000 as PTA

“Training programmes and other official benefits were stopped. Even overseas training which are to be sponsored by the foreign institutions suffered because of lack of interest to treat files. Most at times, the event must have been  concluded months after, before he would see the file and he was always proud to write ‘belated, file away,” a source stated.

But sources said that despite the claim of paucity of funds, the man alleged said to have placed his children and grandchildren and their spouses on monthly allowances of  about N200,000 monthly.

The source further said: “The wives and grown up children were collecting petrol voucher for 100 litres per week, whereas operational vehicles are not properly fuelled, except those on standby for special operations like the operation at the National Assembly.

Officials of the DSS were told that Dangote Group donated vehicles just like the company did to the Police but that the embattled ex-DG converted the vehicles to personal use.

“Each wife goes around in convoy with details. In fact, the third wife who is based in Kano is nursing the ambition to contest for house of Reps in Kano.”

He was also said to have diverted trailer loads of rice donated by Dangote to Kano so that the said wife used as political gift to would be constituents.

Further details indicated that even Daura’sneighbours in Gwarimpa, Abuja and Katsina also did not enjoy him as some of them were said to have jubilated over his removal because of his oppressive conducts a source in the know said:  “When a transformer serving his house in Daura got burnt, the neighborhood was all looking for his help for replacement. Daura however bought a smaller transformer that will serve only his house and connected same without minding what became the fate of his neighbours

His neighbours in Gwarimpa lamented that since he became DGSS it has remained difficult to see him for any help.