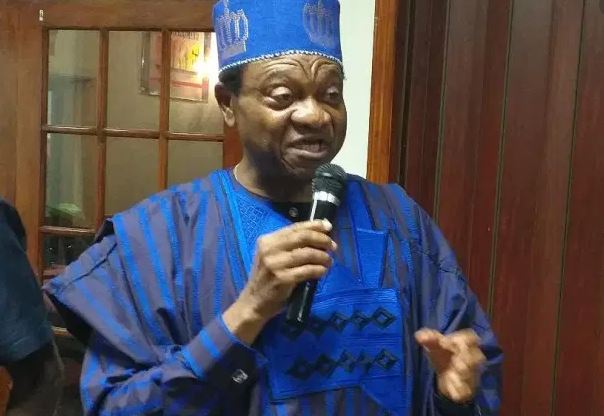 The National President of Aquinas College, Akure Old Students Association(ACAOSA) Justice Adesuyi Olateru-Olagbegi, has advocated for the return of missionaries schools to the owners in order to enhance the quality of education in public schools.

Olateru-Olagbegi made the observation in Akure, the Ondo State capital, during the inauguration of a sports pavilion and a clinic at Aquinas College, Akure, constructed by the old students association of the school.

He noted that the state governor, Mr. Rotimi Akeredolu has made a positive policy towards the return of the college back to the Roman Catholic Church, the original owners of the school before it was taken over by the military government in 1976.

While appreciating the governor for the positive and courageous policy, the ACAOSA national president appealed to the governor to, as a matter of urgency, put in motion the final arrangement that would guarantee smooth take over of the college by the missionaries to actualise the policy.

He noted that as the population of students increased, there was no reciprocal increase in the number of teachers and infrastructure facilities in public schools due to the paucity of fund on the part of the government.

Speaking on the N15 Million pavilion constructed by the old students, the National President said the old students embarked on projects to commemorate the 70th anniversary of the school which commenced in January and would be rounded off in October.

The immediate past principal of the college, who is also an old student, Mr. Olusola Adeyeye said the request for the construction of the pavilion was made by the old students association on Friday, March 6, 2020, during the 69th Inter-House Sports Competition of the school.

He, therefore, expressed his “profound gratitude to all Aquinarians in general and particularly to the leadership of ACAOSA undertaken the able leadership of the indefatigable Worldwide President, Retired Honourable Justice Adesuyi Olateru-Olagbegi, who worked tirelessly to ensure that my dream come to reality.”

The sports pavilion was inaugurated by Catholic Bishop of Ondo Diocese, Most Rev. Dr. Jude Arogundade, who was represented by Rev. Fr. Francis Ogunyankin.

Bishop Arogundade, who had been an advocate of the return of schools to owners for the past 10 years, described the projects constructed by the old students as a statement Aquinas College which it’s a core value is integrity and excellence.

He, therefore, charged the students of the college to learn from the old students on how to give back to their alma mater.