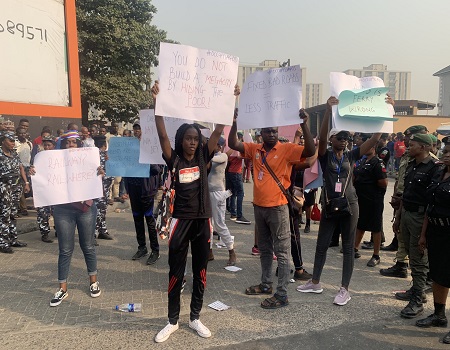 Residents of Lagos State under the aegis of #OccupyLagos on Saturday stormed the streets to protest the hardships brought on them by the recent ban by the state government on motorcycles (okada) and tricycles (keke Marwa) in the state.

The protesters bearing different placards stormed Eko Atlantic which is the finish line of the 2020 Lagos City Marathon that held on Saturday. 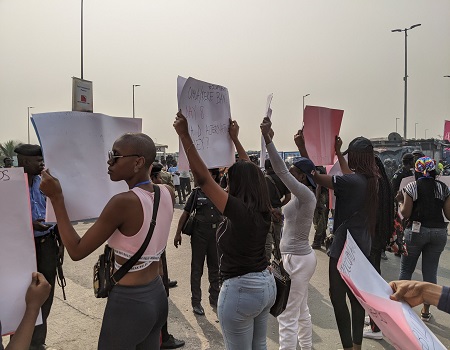 Inscriptions on the placards include; “Better roads, less traffic”, “you do not build a megacity by hiding the poor”, “railway? rail, where?” “this is ferry wrong”, “BRT fit enter my street”, “regulate, not ban”, “Okada/Keke Ban: Day 8… Wia D alternatives dey?” “Children are walking, students are walking, workers are walking, Lagos is walking”.

The protesters also took to Twitter to record their grievances on the restrictions. Below are some of the tweets from #OccupyLagos .

Made this while I was seated in traffic for 5 hours. Lagos is doing the most. #OccupyLagos #OkadaBan pic.twitter.com/u60Nh9Nndq

Message for Nigerian politicians as today's protest of #OccupyLagos comes to an end. You don't hide the poor in your society, you give them a chance to be part of that society by making the system fair to everyone. @segalink#OccupyLagos #lagosmarathon pic.twitter.com/tLHvQbzLhz

We have now come to the end of today’s protest. We have refused to be docile because we do not agree with the outright ban.
Thank you to everyone who supported and made time out to join #OccupyLagos. Special thanks to @EiENigeria, @zikokomag and @segalink. #OccupyLagos pic.twitter.com/dYCXYOhcvV

As usual, I’ve once again written my name in the sands of time by standing on the side of history as one of those who refuse to be intimidated by this callous and insensitive government by attending the #OccupyLagos #RegulateNotBan pic.twitter.com/0LUwi92foc 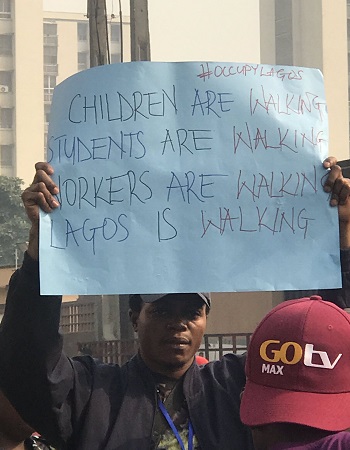