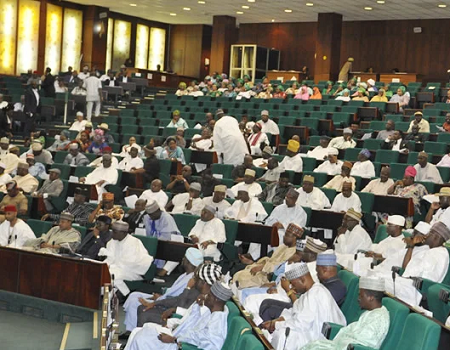 The House of Representatives on Thursday charged the Military High Command to pay more attention to the welfare of the nation’s troops fighting insurgency across the country.

The Chairman, House Committee on Army, Hon. Abudlrazak Namdas, gave the charge when he led other members of the committee to the Nigerian Army Headquarters, Abuja on oversight function ahead of the defence of the 2022 budget of the Nigerian Army.

He said that the 9th National Assembly was committed to ending insurgency in all the nooks and crannies of the country and that the only way to achieve it was to invest heavily in the provisions of the equipment needed to wage war against the insurgents while priority should also be given to the welfare of the troops at the war front.

The lawmaker said that the committee was around to oversight the Army Headquarters before moving round the nation’s Army formations to assess how the previous budget approvals were utilized.

He pointed out that the committee was pleased with the style of administration of the current Chief of Army Staff (COAS), Lieutenant General Faruk Yahaya, based on the positive reports from the various geopolitical zones of the country on the handling of the insurgency activities.

He also commended the COAS on the way he handled the complaints arising from the recruitment into the Nigerian Army, saying that the singular action amicably addressed all the issues being raised.

He however advised the COAS to continue to monitor the activities and the operations of the troops in order to respect human rights and stay away from human rights abuse in any form.

He said that the findings of the committee would be laid before the parliament which would serve as a guide in the budget appropriation for the Army in the 2022 fiscal year.

Responding, the COAS stated that all necessary efforts are being made to end the insurgency in the country, especially with the recent launching of some military operations in various geopolitical zones of the country.

He assured that law-abiding citizens have nothing to fear as they go about with their lawful activities, but declared that from henceforth, there would be no breeding space for criminal elements in any parts of the country as the military was now battled ready to flush them out of their dens.