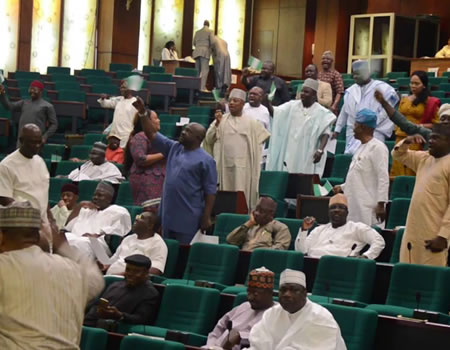 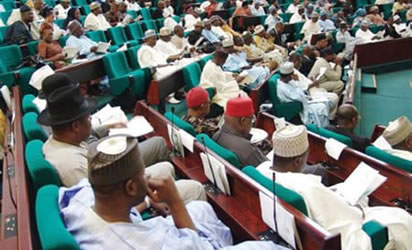 The House of Representatives on Tuesday, invited the Attorney-General of the Federation and Minister of Justice, Abubakar Malami over pension fund administration in the country.

Others also invited are Head of Service of the Federation, Winifred Oyo-Ita and the Governor of the Central Bank of Nigeria (CBN), Godwin Emefiele.

Former Head of Service of the Federation, Steve Oransaye and all members of the defunct Presidential Taskforce on Pension is also to appear before the House.

The House Ad-hoc Committee investigating the activities of the Presidential Taskforce on Pension Reforms from 2010, to the time of its dissolution and successor agencies, issued the summon at its public hearing in Abuja.

Also to appear before the committee are the Inspector-General of Police, Mr Ibrahim Idris, Chairman, Economic and Financial Crime Commission (EFCC), Mr Ibrahim Magu and the chairman of the Independent Corrupt Practices Commission (ICPC).

She also said that N90.652 million was being saved monthly from police pension while N1.4 billion liabilities were yet to be offset.

The PTAD boss also said that the agency which inherited 18,370 pensioners from the old pension scheme was able to eliminate 3,324 ghost pensioners as at May 2015.

Ikpeazor further disclosed that PTAD, in collaboration with ICPC, collapsed four pension accounts for ease of management and accountability with N15.025 billion domiciled in Zenith Bank.

She said out of N26 billion Legacy Fund traced to insurance companies since N20.3 billion had so far been recovered.

According to her, N6.7 billion cash recovered has been domiciled with Central Bank of Nigeria (CBN) while properties worth N13.5 billion are being re-valued by Federal Ministry of Power, Works and Housing.

Ikpeazor, therefore, called for the interventions of the House to enable the agency go after the erring insurance companies withholding the Legacy Fund.

She said the agency had made the presentation to the Presidential Committee on Stolen Assets and would not hesitate to engage Economic and Financial Crimes Commission (EFCC) to recover the Legacy Fund.

According to her, the agency will also contact other law enforcement agencies in its quest to achieve its aims and objectives.

Rep. Anayo Nnebe, Chairman of the Ad-hoc Committee, lamented that pension administration in the country had been characterised by ”manifest challenges of corruption”.

“It has been occasioned by poor administration, lack of transparency, near absence of data for pensioners and other setbacks, which unfortunately has been borne by men and women who served their fatherland meritoriously.

“We are not here to witch hunt anybody but at the same time will not allow anybody to take this committee for granted,” Nnebe said.

He stressed the need for independent valuation of legacy property recovered from the insurance companies, noting that most of the values engaged by the government were fond of undervaluing the property because of vested interests.

He disclosed that the defunct presidential task team on pension conducted biometric for over 170,000 pensioners; pioneered payment of pensioners in Diaspora; recovered and saved over N282 billion from two pension offices.

Ihioma said task force detected and deleted 73,000 ghost pensioners, discovered about 50,000 unpaid pensioners; stopped monthly stealing of N4.175 billion from the office of Head of Service of the Federation.

He said it also saved N1 billion police pension monthly releases; detected fraud of over N2.7 billion by Nigerian Union of Pensioners as well as seized properties and cash worth N1.63 trillion.

While ruling, Nnebe said that the Ad-hoc Committee would not attend to any representatives of the invited stakeholders.

NAN reports that the stakeholders summoned are to appear before the Ad hoc committee on Monday, March 12.