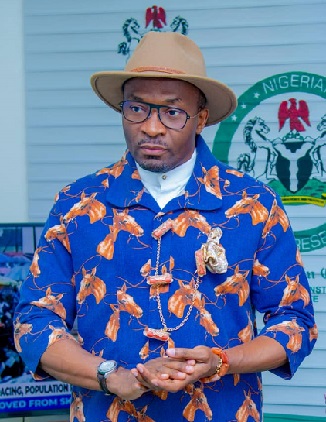 A High Court sitting in Abia State, on Wednesday, dismissed the suit on forgery of academic certificates levelled against the Chairman, House of Representatives on Media and Public Affairs, Hon. Benjamin Kalu which was instituted by Mr Okey Ezeala.

It would be recalled that the petitioner had filed a case against the legislator claiming that there was a name discrepancy in his academic certificates.

In the same vein, a candidate of the Peoples Democratic Party (PDP), Mr Chima Anyaso who lost in the last election against the legislator made a failed attempt to join the suit earlier.

In a court judgement delivered by Justice A. O. Chijioke at the High Court in Umuahia, the judge dismissed the suit against Hon. Benjamin Kalu describing it as malicious. Justice Chijioke agreed with all the arguments of Hon. Benjamin Kalu’s lead Counsel, K.C Nwufor, affirming that: “The matter is a pre-election matter and therefore statute-barred and frivolous.”

Justice Chijioke affirmed that Hon. Benjamin Kalu fully complied with the law in his change of name, maintained that the claimant failed to differentiate or prove his claims of forgery and impersonation against Hon. Benjamin Kalu.

The court also agreed with K.C Nwufor, that the claimant ought to have produced the original bearer of the name which Hon. Kalu was alleged to have impersonated.

Addressing Chima Anyaso’s attempt to join the suit as a co-claimant against Hon. Benjamin Kalu, the Court described it as improper and malicious considering that Chima Anyaso had exhausted all his rights in this matter having lost at the election, election tribunal and court of appeal.

In the 90 minutes long judgment, the court also stated that the suit against the legislator appeared to be a case of “the hand of Esau and the voice of Jacob.”

Thus, confirming the statements made by the Senior Legislative Aide to Hon. Benjamin Kalu some days ago alleging that Chima Anyaso masterminded and funded this frivolous suit against Hon. Kalu in order to distract him from fulfilling his mandate.

Upon dismissing the case, the court also awarded costs against the claimant.

Hon. Kalu said: “I have always said, God is the God of justice. As a believer in God, I was confident that He would not allow injustice to be meted against me. Also, as a product of the judiciary, I had absolute confidence in the ability of the judiciary to sustain justice especially when the facts speak so clearly for themselves.

“I have experienced the competence of the judiciary from the time of the elections, tribunal and court of appeal. So, I was certain that the judiciary would sustain their fairness and gladly they did not disappoint me. I thank my supporters who believed in me, who stood by me and showed great concern during this period.

“It has been a horrible two years, going in and out of court. The idea of this litigation was to distract me from working for the people of Bende, however, I have refused to be distracted. As you can see I am currently inspecting sites for new projects and several of the completed projects are set to be commissioned soon.”

“It is a day for justice and I am happy that justice has been done. As you can see, this was a frivolous and malicious suit aimed at defaming the clean reputation of one of the best legislators Abia state has ever sent to Abuja.

“It was aimed at denting his reputation as the image-maker and spokesperson of the National Assembly; a man who resisted every attempt to blackmail him in this matter.

Matawalle calls for state of emergency in Northern states