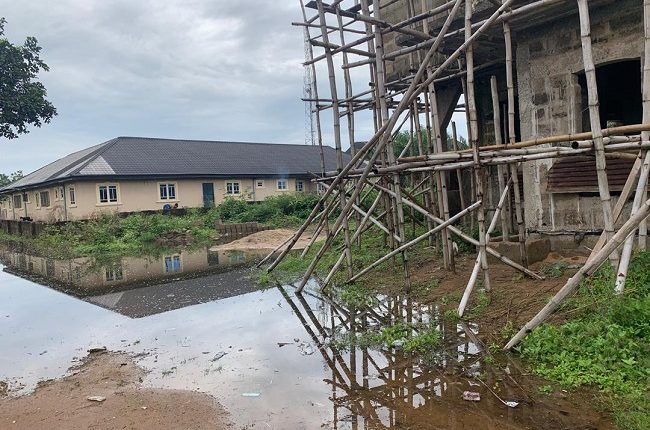 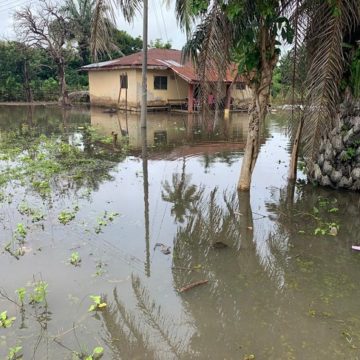 Over 100,000 people in Etsako East and Etsako Central Local Government Areas of Edo State have been affected by ravaging flood from the River Niger.

The member House of Representatives (Etsako Federal Constituency), Mr Johnson Oghuma, who disclosed this weekend lamented that the perennial flood has rendered thousands of people in his Constituency homeless and destroyed valuable farmlands in the area.

Oghuma listed the affected communities which are located on the bank of the River Niger as Anegbette, Osomegbe, Ukpeku Udaba-Ekperi, Yelwa, Sabongida, Uzanu, the hometown of Mr Clement Agba, the minister of state for Budget and Planning amongst others.

Trapped right inside their homes, they can only wade their way through by paddling canoes, swimming and walking mechanically in the water which has totally engulf the buildings destroying valuable properties and farmlands.

A community leader, Mr Justin Imhoudu from Anegbette remarked that all the government needed to do to solve the perennial flooding problem is to kickstart the abandoned work on the dredging of the River Niger, adding that the basin is too shallow and so regularly overflowing its bank.

Imhoudu advised the government to dig canals and channel the rising water which flows from the tributaries of the River Niger to the town.

Left to the elements, the federal lawmaker lamented that schools have also given way to the flood just as the people are at risk of starvation and water-borne diseases.

Oghuma said: “In collaboration with my colleagues from other areas in Edo State affected by the flooding and those from states like Delta, Kogi and Benue, I intend to move a motion on Tuesday (October 13) to draw the federal government’s attention to the problem. It has to be collective as it is the only way NEMA can decisively intervene.

Determined efforts to get across to the Chairman of Etsako Central, Mr John Akhigbe proved futile as the duo refused to pick several calls put to their mobile phones while text messages were not replied.

The chairman of Etsako East Local Government Area, Mrs Benita Ebuehi, said that the council was doing it best to see how it can accommodate the internally displaced persons.

Mrs Ebuehi: “We have an emergency shelter in Oghomere in Etsako Central but our people are refusing to go there. We are not finding it easy as the allocation has been very low and challenging due to the fall in oil prices in the global market.”