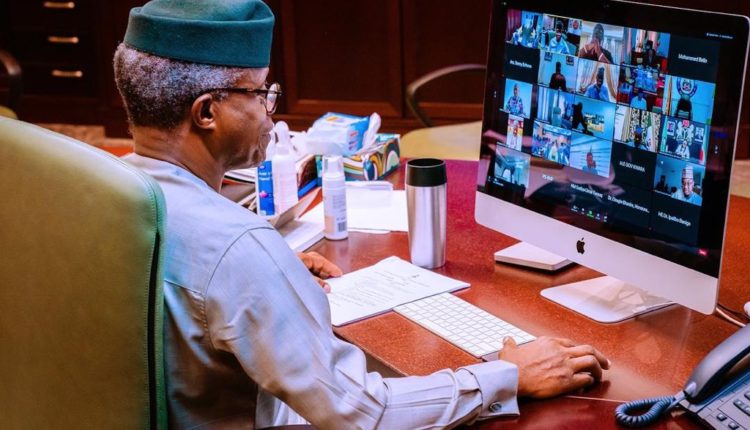 The National Economic Council (NEC) has dismissed claims that N60 billion was printed to augment the Federation Account Allocation Committee (FAAC) for March.

Mr Laolu Akande, Senior Special Assistant to the President on Media and Publicity, Office of the Vice President, briefed State House correspondents after virtual NEC meeting presided over by Vice President Yemi Osinbajo on Thursday at the Presidential Villa.

“Finally, council also affirmed that there was no N60 billion CBN money printed for March FACC; having heard presentations from the controversy generated regarding insinuations of alleged printing of N60 billion to augment March allocations.

“The council affirmed that there is no truth whatsoever in the claim; the meeting reviewed the controversy and heard from the Finance Minister and the Nigeria Governors Forum (NGF) as represented by Ekiti State governor and the CBN governor.

“Both the minister and the CBN governor stated categorically to the council that the report of printing of money to augment allocation is outrightly false.

“The NGF also supported the conclusion and NEC affirmed same as the highest constitutional body tasked with economic affairs in the country,” Akande said.

At about 25 minutes, the train slowed down at the uncompleted Omi-Adio terminal, a village on the Abeokuta/Ibadan expressway; it’s a stone throw from Apata in Ibadan. Conveyance of passengers from there and other terminals has not kickstarted as the terminals are still under construction and workers were found there…Report of printing N60bn to augment March allocation not true, says National Economic Council

Academy of Medicine Specialties inducts ministers of health, education, 134 others as…