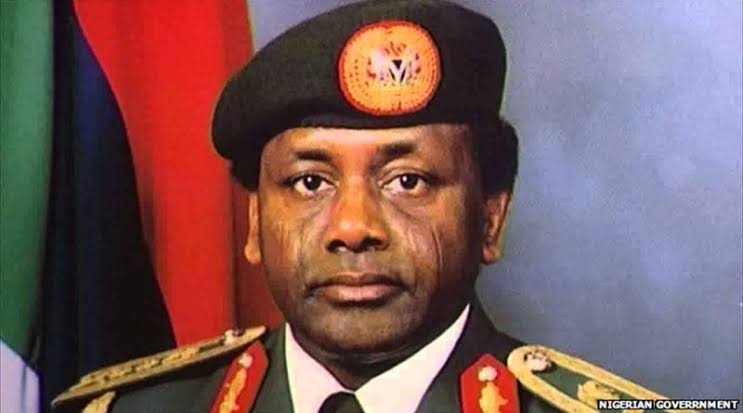 Share
Former Chief Security Officer (CSO) to late General Sani Abacha, Major Hamza Al-Mustapha has queried the source of the story that millions of dollars were stashed in foreign banks by his late boss.
He said those who keep on talking about Abacha are presenting tissues of lie.
Al-Mustapha spoke on the Voice of America ( VOA) Hausa Service, monitored in Kaduna on Thursday.
According to him, when late Abacha assumed leadership in Nigeria, there were not more than $200 billion in Nigeria ‘s foreign reserve.
” But before Abacha died, our foreign reserve rose to over $900 billion,” he said.

He said late Abacha had stepped on so many toes while he held forte, the reason why some people were so angry and could sponsor such kinds of lies against him.
All the money been repatriated, he said, were those stolen by some leaders who served after Abacha’s death.
He alleged that late Abacha’s successors in the Presidential Villa were the thieves who stole the billions and hide the money elsewhere.
“I was forced to implicate the leadership of the defunct PTDF under President Buhari then, during the military era,” he said.
” If there will be a genuine fight against corruption in Nigeria, many people will be arrested,” he said .

FG moves to repatriate loots from Abacha, Ibori, others