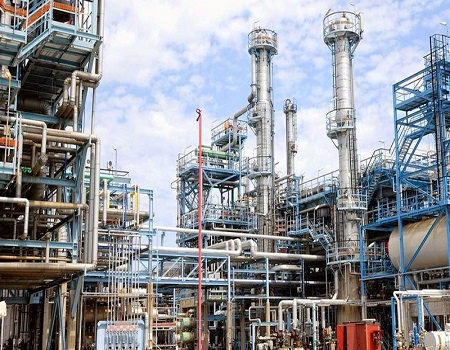 The management of the Port Harcourt Refinery Company (PHRC) has assured that in spite of the fire outbreak on Saturday at the facility, the multi-billion dollars rehabilitation work at the facility was “going on properly and on schedule.”

Managing Director of the PHRC, Engr Ahmed Dikko, gave the assurance Sunday while speaking with journalists after an inspection of the facility, saying that the fire was successfully contained with minimal impact on facilities at the refinery.

“Initial investigations showed that the pump that was used for the transfer of the naphtha from the truck to our tanks had a spark that ignited the fire,” he stated.

The Managing Director added: “Based on the flammability and volatility of the naphtha, which is like petrol, the fire started. Initial investigations showed that the pump that was used for the transfer of the naphtha from the truck to our tanks had a spark that ignited the fire.

“The fire quickly engulfed the discharging truck as well as the pump.

“We were able to mobilize our in-house fire fighting equipment and personnel, and safety personnel as well, and we tackled the fire to make sure that we cordoned it first and then put it off.

“We went forward to be proactive by inviting the federal fire service, for a backup in case it spiralled out of hand.

“Luckily, it didn’t and we were able to achieve our aim of cordoning it within the sphere of where it started and not allowing it to expand to other places.

“In the end, the damage that really happened was just to the pump bay, where we have three pumps which we use for the discharge, and then the discharging truck itself, which caught fire and burnt down completely.”

Dikko stated that there was no casualty resulting from the fire.

“With regards to casualty, there was none. There was no injury to anyone who was around to help fight the fire. We thank God that this incident had been limited to this scale.

“We hope to continue to improve our safety processes and activities. As always, safety is top priority to us, both for ourselves and our equipment, and for the people around the facility as well,” the managing director stated.

In earlier statement released by Garba Deen Muhammad, Group General Manager, Group Public Affairs Division, NNPC, Abuja, the management of the company assured Nigerians resident in the neighbourhood of the facility that they have no cause to worry about the incident and affirmed that the safety of lives and of property is at the top of its priority list.

In spite of the huge investment in the water sector by the government and international organisations, water scarcity has grown to become a perennial nightmare for residents of Abeokuta, the Ogun State capital. This report x-rays the lives and experiences of residents in getting clean, potable and affordable water amidst the surge of COVID-19 cases in the state

Alaafin condoles with family members, Ibadan people over demise of Olubadan of Ibadan