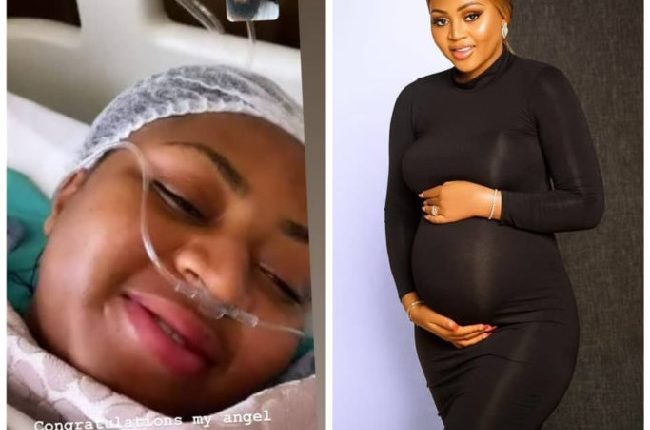 Tribune Online recalls that Regina Daniels and her billionaire husband, Nwoko, confirmed that they were expecting their first child together in May.

Confirming the news, her brother took to his Instagram page to congratulate her.

The couple got married in April 2019 and the 38 years gap between them have been the talk of social media.