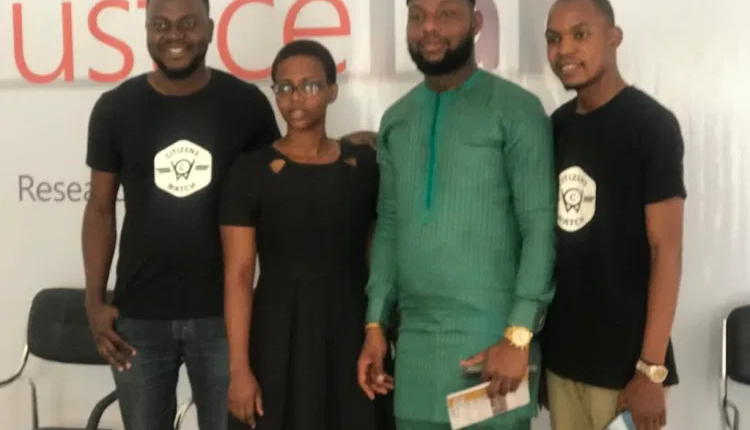 A pan-African non-governmental organisation, Reformers of Africa has launched an interactive website aimed at promoting good governance and citizens’ participation in government, in Ibadan, the Oyo State capital.

The website, thecitizenswatch.com, according to the team lead of Reformers of Africa, Mr. Ayomide Alao, was an initiative that was borne out of the need for the citizenry to keep track of and also rate the most significant o promises made by elected government officials during electioneering campaigns.

Alao said the Reformers Of Africa, as a pan-African civic-tech organisation dedicated to promoting and supporting ideals, principles and practices of participatory governance, “the citizens watch” was a digital, social innovation to drive citizens participation in governance and also promote government accountability in Africa.

Alao said thecitizenswatch.com would work as a promise tracker designed to enable a broad spectrum of citizens, civil societies, journalists, scholars, public policy analysts and the general public to track the progress being made by governors on their most significant campaign promises.

He said apart from ensuring participatory governance, the initiative would also spur the governors to do more as well as get the reaction of the citizenry through their engagement on the website.

According to Alao, one of the purposes of the project was “to develop a culture of constructive dialogue between the government and the governed, in a bid to enhance the quality of basic public services delivery in education, health, agriculture, infrastructuses etc.”

On why the launch was in Oyo State and not elsewhere, Alao noted that out of all the governors Reformers of Africa engaged for The Citizens Watch initiative, only Governor Seyi Makinde of Oyo State had a verifiable policy document, saying that informed the launch of #GSMWatch.

He said: “#GSMWatch allows you to track and measure the most significant and measurable promises made by Governor Seyi Makinde, in a bid to promote public accountability and drive citizens engagement in governance in Oyo State.

“The tracker keeps you abreast of the activities and works of the Oyo State government and empowers you to hold data-driven debates and conversations about the governments work for resident of the state.

“It is worthy of note that to setup a promise tracker, such as GSM WATCH, our team will peruse policy document, media engagements, campaign websites, transcripts of speeches, debates, and statements made during rallies searching for trackable promises. It is to these promises that we shall hold public office holders accountable, nothing more.

“We’ll publish updates on progress, or lack thereof, on each significant promises being tracked. We will rate outcomes, not intentions or proposed solutions.”

He added that the team will peruse policy document, media engagements, campaign websites, transcripts of speeches, debates, and statements made during rallies searching for trackable promises and confirm if these promises have been fulfilled, on going or forgotten.

The Citizens Watch makes use of an offline and mobile technology tracking tools, to track the most significant campaign promises of public office holders and ultimately rate each promise using the following metrics:

Not Started: Every government promise begins at this stage. It indicates that the promises are yet off the ground.

Ongoing: This metric indicates that the promise is in the works.

Fifty/Fifty: This indicates that a promise is kept halfway – the promise has been partly completed, less than the official’s original promise.

Against a Brick Wall: Promise earn this rating when its fulfillment is being challenged or jeopardised by a legislative act, injunction or a natural disaster.

Promise Broken: This metric is used for a promise that is not kept.

Promise Kept: This indicates that a promise has been completely fulfilled.

2 allegedly shot to death by Amotekun operative in Ibadan