Reflection of a spiritual wayfarer

Eye of Islam
By Saheed Salawu with Agency Report On Jun 12, 2020 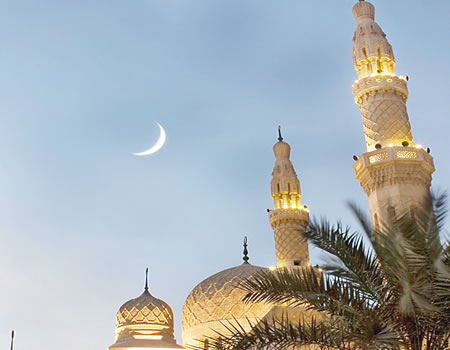 After Ramadan, we are faced with three questions: Are we also bidding farewell to all the good deeds we did in Ramadan? Will we maintain the key practices of patience, humility, compassion, solidarity and generosity throughout the year? As Ramadan departs, will we let the spirit of Ramadan leave us as well?

Let each one of us open a page from the book of our individual muhasabah (self-examination) and reflect as to what was achieved through this month. What benefits were derived, which behaviours were adjusted, what good practices have been adopted, which bad habits have been relinquished; and how did the prayers and fasting of Ramadan influence our attitudes and perspectives; how has it improved our relationships; with Allah, families, friends and neighbours; how did it affect our bodies, our hearts, minds and souls?

We have been spiritual wayfarers (as-s’’ihun) on the transcendent journey towards the attainment of piety. Where did that journey take us? Have we become better human beings; more considerate, more caring, more compassionate? Have we journeyed from self-centeredness to social consciousness, from self-righteousness to righteousness? Where did we start and how far have we journeyed; if at all?

We have fasted in pursuance of taqwa, which is the continuous process of character development coupled with Allah-consciousness. It entails purification of the self from the evils of bad intention, deceit, hypocrisy, egoism, cowardice, conceit, prejudice. It becomes manifested in positive attitude, good behaviour and lovable character. This leads to a degree of moral, ethical and spiritual elevation towards piety. The one who has truly benefited from Ramadan is the one whose condition after Ramadan becomes better than it was before Ramadan.

We should emerge from the month of Ramadan with hopefully a better personality and a stronger character, confident of our ability to subordinate our desires to our will, our emotions to our intellect; our lower self to the higher self. Ramadan has filled our lives with blessings, awakened our slumbering conscience and hopefully purified our souls.

We have abstained from the three fundamentals of life: food, drink (necessary for daily survival) and from intimacy (which facilitates the perpetuation of the human race). We have done this unquestioningly from dawn to dusk for one whole month. Every conscientious soul should be ready to face the year that lies ahead with renewed zeal, unwavering will, devoted fervour, enthusiastic dedication, higher vision; accompanied by an enhanced spirit of universal goodwill. Be ever cognizant of the fact that next Ramadan may or may not come; even if it does, we may or may not be around.

Excerpted from ‘Eid al-Fitr: An Introspective Celebration’ by Sadullah Khan.