A review of Wale Olaitan’s Reflections: A Collection of Short Essays

REFLECTIONS presents the thoughts of Wale Olaitan in its purest form—unaltered and without the usual need of validation from readers, which most books of this nature are known for. The book gives a dated insight into the writer’s political thought-process. The author’s thought shows a growth that is not attached to human subjects but ideologies.

In chapter one, the writer clearly expresses his belief that the nation is witnessing change because of the rise of a new political party. In the succeeding chapter, he quickly questions the change based on the available evidences that show a return to the status quo.

Furthermore, he discusses the prevalence of ethnic politics in the nation with skilled insight, averring that ethnic politics separates more than it binds. A people that see themselves as minorities are not likely to contribute to development but rather sabotage it—cases in study are the Yewa-Awori in Ogun State and the Niger Delta region of Nigeria. However, ethnic politics also has a role to play in the development of the nation as Olaitan shows us. 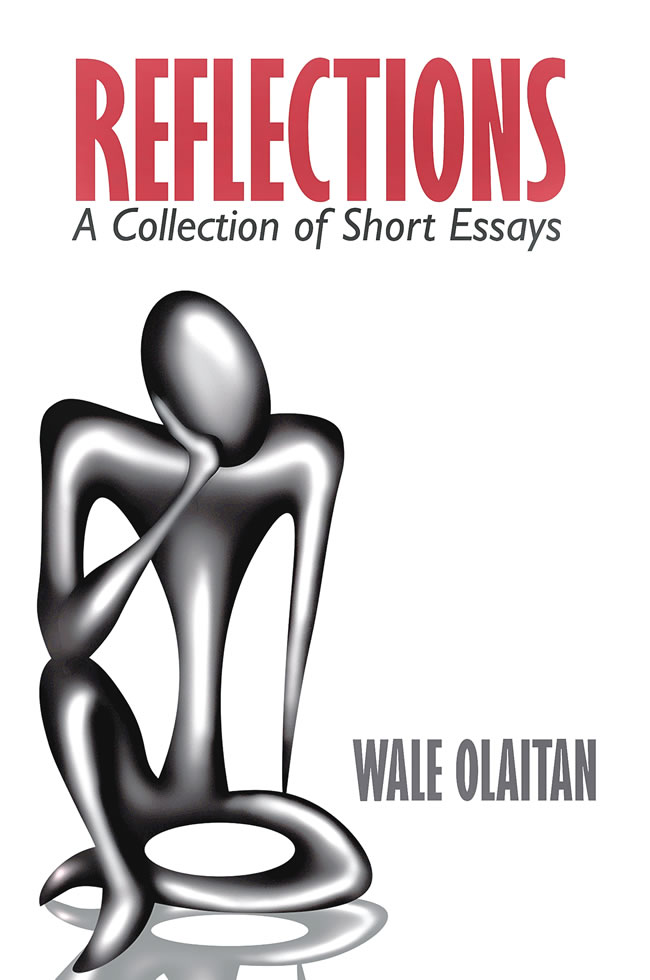 In his understanding of world politics, the writer gives a scathing report of Western powers and their hypocrisy. The continued refusal of the US to assist the Nigerian government in fight against terrorism due to the Leahy Laws was questioned by the writer, considering the US’ continued support of Israel’s occupation of Gaza—a modern day humanitarian crisis. The writer also calls the bluff of Western powers and their apparent hypocrisy in   criticising   the endemic corruption that has eaten into the fabric of the African continent, yet conveniently forgetting their role in creating a safe haven for these looted funds.

The writer can be polarising in his views and support, a testament to his strength of character. For example, in one of his thoughts from 02/05/2017, he says, ‘‘I campaigned for President Buhari during the elections and continue to support his administration’s agenda…’’ Yet in his thoughts from 18/01/2019, he says, ‘‘Partisan politics aside, Nigeria deserves a better leader than President Buhari for the next four years…,’’ a sentiment shared by many Nigerians. In an uncharacteristic way, the writer objectively appraises the achievements of the president and progressively decides that the nation can do better. He questions the blind support the president receives, especially considering how badly he represents the nation outside its shores.

Distance is not a barrier to the writer and it shows in his clear analysis of the political terrain of the nation even though he is miles away on another continent. An instance is evidenced in his description of the political tussle that ensued in the south western region of Nigeria in 2016. He says, ‘‘The battle line has now been drawn in South-West politics. Unfortunately, Ondo—the state of the late sage, Pa Adekunle Ajasin—is now the battleground for political supremacy between prominent Yoruba leaders and their backers from other zones.’’

A man of ideology, the writer gives an insight into why he believed in the participation of Sowore—a controversial figure—in the recent elections of 2019. He also explores the relevance of silence and being open-minded in gaining a broader view of the world. He says, ‘‘I have been enjoying a sabbatical from the Social Media School of Politics and Good Governance. Apparently, I haven’t missed much since I stayed offline.’’

A chapter is dedicated to loss in the book—a pointer to his understanding of the balance of life. The writer reminds readers of a very present reality—death. Regardless of our political affiliations and leanings, we will all end up six-feet under. It also shows his appreciation of relationships and how much he cherishes his relationships.

In the final chapter, the writer delves into political happenings on the continent, using South Africa as a case study. He discusses xenophobia in its purest form, shedding light on the residual effects of apartheid on the South African population, and how it clearly influences how they view and regard the success of immigrant populations. The effect of apartheid is still stamped across South Africa—the black population continues to live in segregated and poor communities, while the government rots in corruption. Xenophobia, therefore, is black South Africa’s way of fighting oppression, even though it is misplaced. Acknowledging the place of Nigeria and Nigerians in the saga, Olaitan draws inspiration from the words of Madiba, ‘‘the world will not respect Africa until Nigeria earns that respect…,’’ while decrying the terrible level of governance in Nigeria that has led droves of its citizens out of its shores.

Depending on how open-minded the reader is, Reflections is a book that paints the Nigerian political space in a way that even the most naïve political observer will understand.