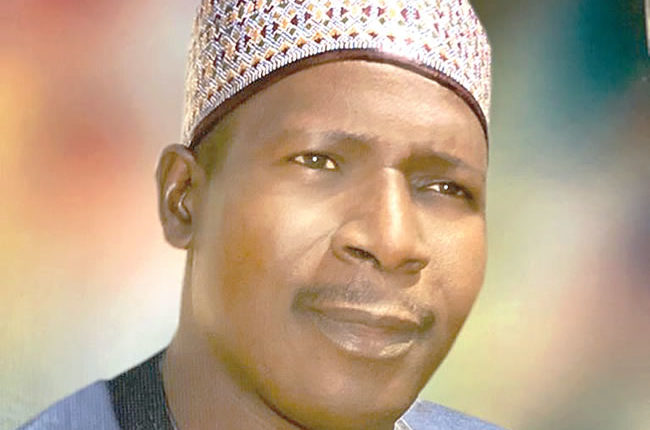 There is an allegation that your people seized some Fulani farms land. What is your reaction?

On the issue of farmland still claimed to be in the control of some Kataf people, the I will like to tell you  that His Royal Highness, the Agwatyap, Mal. Bala Ade Dauke, has since intervened in the issue, where he has warned and advised the Atyap (Kataf) people, who still occupy or are in possession of farmland belonging to the Hausa people, to release or hands-off them immediately. This warning and advice is being complied with by the Kataf people; which has led to the much achieved reconciliation and peaceful co-existence among the two (Kataf and Hausa) tribes in the town.

What do you have to say on the allegation that the Atyap palace is within the parimeter of Zango?

This agitations and obstructions by some Kaduna based Hausa-Fulani, the Kaduna State Government has since issued two statements in 2000 and 2001 to clarify the issues. On 4 July 2000, the Office of the Executive Governor of Kaduna state issued a Press Release No. GH/KD/S/315 signed by Malam Lukman Musa, Chief Press Secretary, in reaction to the religious mobilisation embarked upon by Abubakar Zango and his group, which purported to demand that government should relocate the Hausa Fulani to another territory inhabited entirely by Muslims if the Agwatyap’s Palace must be in Zangon Kataf Urban District, the Government stated. The then governor of the state, Alhaji Ahmed Mohammed Makarfi held a meeting on Tuesday, 4th July, 2000 with the Zango/Atyap people on urban fadama land dispute between the Communities.

At the end of the meeting the following decisions were taken:

(i) That Government will not in any way temper (sic) with Zango Urban land.

(ii) That Government will implement other decisions contained in the White Paper on the issue.

(iii) Similarly, Government will implement all other Reports on the issue and not on the basis of tribe or religion.

Kaduna State Government warns that it will not entertain further agitations on the Urban/Fadama land dispute.”

Can you tell us more about the buffer zone, irrigation and layout, which you are not in agreement with the Hausa community?

The military administrator, Col. L. J. Isa, in company of representatives of the Hausa/Fulani and Atyap Communities, accompanied by all witnesses, with the aid of the Technical Staff/Surveyors of the Bureau for Lands, Surveys and Country Planning, with the proceedings being video-taped, walked round the entire land area of Zango Kataf town, with members of the two communities pointing out the boundary lines and points, with the government surveyors planting stones and Beacons and taking the coordinates to demarcate the land area of what later became the Zango Kataf Urban District, and the two communities agreed without any exception. The survey division of the Kaduna State Bureau for Lands, Surveys and Country Planning produced two Maps, A Plan Shewing Control Surveys Of Zangon Katab Urban Area, Zangon Kataf Local Government Area, Kaduna State, 1995; and a comprehensive and detailed Survey Plan Shewing Zango Kataf Urban District at Zangon Kataf Local Government Area, Kaduna State: Area = 669.0 Hectares (1,653.3 Acres), June 1996. The Maps show the Area outside Zango Urban District for the “Proposed Atyap Chiefdom Headquarters and Township Development Area” to be in Ungwar Gaiya and Ungwar Wakili Districts. These Maps are available at the relevant Departments of the Kaduna State Government Service. Between 1996 and 2002 all issues of payment of compensation for land acquired for the construction of the Palace were ironed out at several meetings mediated by the Zangon Kataf Local Government Lands Department, the Atayp Traditional Council and the Districts Heads of Zango Urban and Unguwan Gaiya District.

Further to this, the sovernment approved the designation and demarcated the valley and wetlands (fadama) around Zango town to be irrigated, and to be allocated and used jointly by both Hausas and Atyap, and representatives of the Communities agreed, subject to compensation being paid to the land owners. Through letter SEC.750/VOL.IV/628 dated 16th July 2000, the Secretary to the State Government instructed the Permanent Secretary, Bureau of Lands and Surveys, Kaduna to carry out the survey and demarcation. Several assessments have been made for payment of compensation for the irrigation site, but to date no such compensation has been paid by the Kaduna State Government.

Also, the AVM Usman Muazu Committee recommended at paragraph 11.04 i) and iii) that in pursuit of reconciliation Government should expand Zangon Kataf town and create an integrated layout to be allocated to Atyap, Hausa and any other Nigerians, to build residential houses and live together. This layout was approved by the KDSG and communicated to the Surveyor General of Kaduna State, and the Zangon Kataf Local Government Council by the Commissioner of Water resources and Chairman Committee on Zangon Kataf Land Disputes, through letter Ref. No. MWR/ADM/S/69/S.1/VOL.1/20, dated 15th December 2000.

Only justice can guarantee peace —Shuaib