Rape: We’ll paste pictures of suspects in their communities to deter others, says Bauchi CP 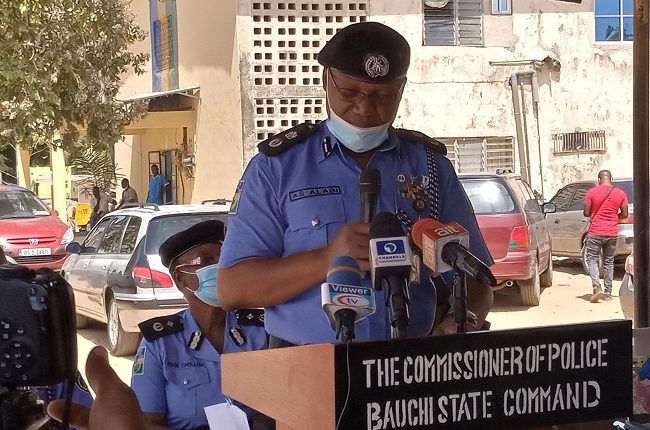 Worried by the report of an increase in rape cases in the state, the new Bauchi State Police Commissioner, Mr Abiodun Sylvester Alabi has declared that pictures of suspected perpetrators will henceforth be pasted in the communities they come from in order to serve as a deterrent to others.

He also said that policing in the state shall be driven by core knowledge and guided by intelligence at strategic, operational and tactical levels.

The Commissioner of Police who addressed the press on Wednesday at the Command headquarters said that, “my predecessor informed that rape cases are rampant in the state. What we will do is to go to the villages of the suspects and paste their pictures so that everyone will see the face of a rapist, at least, that will reduce the menace.”

He also assured that “Our modus operandi will therefore be proactive, preventive and in some cases reactive and this will be conducted within the context of public ownership, partnership, participation, problem-solving and community support towards general security.”

He added that “We will integrate the elements of key modern crime control and conflict management in our policing efforts. These methods are directed at prolific offender management, crime hot spots policing and managing major public gathering and crime-prone events within dedicated systems of community partnership e.g intelligence-led patrol systems, Hotspot policing and intelligence-led operations.”

Abiodun Alabi also said that the actionable intelligence and community policing methods shall be directed at effective prevention of crime and violent conflict and decisive response capabilities.

“We shall therefore identify our respective and collective Area of Responsibilities (AORs) in terms of geographical areas, demography, social, economic crime maps of the areas and command to guide intelligence-led operations”, he assured.

The Commissioner assured that “Our investigation of cases will be evidence-based and intelligence-driven. We shall establish a robust and healthy relationship and partnership with all sister security agencies and stakeholders in the community we are serving at all levels towards crime prevention, community problem solving and ensuring community security by visibility policing.”

He added that “These core and general objectives would constitute our collective and individual responsibilities to ensure that there is law and order and that crime is prevented or effectively controlled within the ambit of law and particularly respect for human rights while carrying out our onerous task of policing the state”.

He then assured that “We shall, towards achieving all these organize local training and retraining of our personnel on required operational skills and knowledge.”

Benefits of Mobile Trading Apps As a Trading Tool