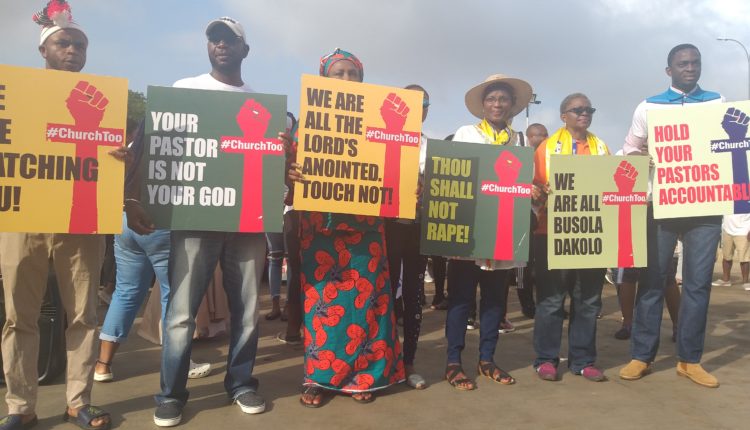 A rights group, Socio-Economic Rights and Accountability Project, (SERAP), on Sunday, condemned the harassment, repression and arbitrary arrests by Nigerian law enforcement and security agents of anti-rape activists who have been peacefully protesting outside the Commonwealth of Zion Assembly, COZA.

SERAP through a statement on Sunday described the arrests in the Abuja branch of the church as condemnable.

The statement was signed by the Deputy Director of SERAP, Kolawole Oluwadare.

“The Nigerian authorities must immediately and unconditionally release all those detained and allow them to exercise their rights to freedom of expression and peaceful assembly.

“It is ridiculous and unfair that the Nigerian authorities are arresting peaceful protesters demanding justice for alleged rape rather than going after the suspected perpetrator.

“The Nigerian authorities should immediately establish an independent commission to investigate alleged excessive use of force by law enforcement and security agents at COZA headquarters and bring to justice anyone found to be responsible.

“While law enforcement and security agents have a responsibility to provide public security, they need to abide by human rights standards on the use of force.

“The allegation of use of excessive force against peaceful protesters demanding justice for alleged rape against a popular pastor urgently demands a fully independent investigation,” the statement reads.

SERAP, others sue Gbajabiamila, Reps over ‘plan to spend N5.04bn on 400 exotic cars’