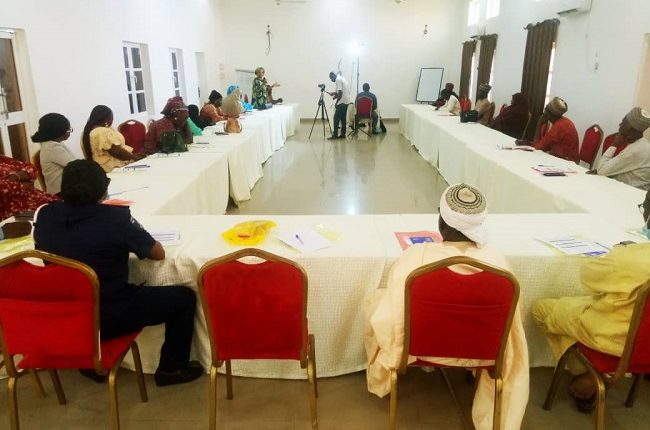 In its continued fight against Sexual and Gender-Based Violence (SGBV) in Bauchi State, the State Ministry of Justice has declared that it has so far secured six convictions for rape cases while another 18 cases are pending in courts across the state.

The declaration was made by the Permanent Secretary and Solicitor-General in the Ministry of Justice, Aliyu Bin Idris (Esq) over the weekend during a capacity training for key stakeholders in the fight against sexual and gender-based violence (SGBV) held at Hazibal Suites conference centre in Bauchi.

He also said that 18 rape cases are now pending/ ongoing in various courts and that 2 more will be forwarded to the Ministry on Monday 26th October 2020  for legal advice.

Aliyu Bin Idris commended the organizers of the training for their foresight in bringing together, key stakeholders focused on SGBV, stressing that, “the menace of rape and other gender-based violence should be of concern for all”.

This, according to the Solicitor-general can be achieved through diligent investigations by the Police and willing witnesses from the communities coming forward to testify.

While speaking on the general management of rape cases, state chairperson of International Federation of Women Lawyers (FIDA), Fatima Abubakar enumerated some key responsibilities of community in assisting the police and courts towards prosecuting offenders.

She said that “communities should be educated on the need to report such cases as soon as it happens and also not to tamper with anything on the body of the victim until when all evidence is established by the authorities”.

Fatima Abubakar, who also doubles as the chairperson of ASHH Foundation SGBV case management and member  Bauchi State Action Committee on SGBV further revealed that “there are somethings that needs to be proven during prosecution of rape cases and that evidence are only obtainable during investigations”.

She also called for closer collaboration between all stakeholders towards mitigating SGBV to the barest level.

The capacity training was organized by ASHH Foundation in collaboration with Action Aid and Global affairs Canada and it attracted participants drawn from the Police, Civil Defence Corps, Medical Doctors, Ministry of Justice, MDAs, CSOs and the Media.