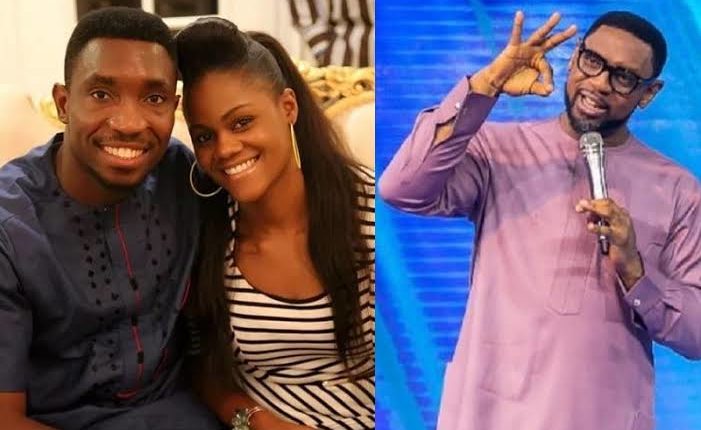 The Commonwealth of Zion Assembly (COZA), Abuja, has alleged that some pastors who felt that the COZA founder, Pastor Biodun Fatoyinbo was outshining them in the ministry were responsible for the rape allegation levelled on him by his accuser Busola Dakolo.

COZA had said in a statement that the pastors had been working hard to tarnish the image of their founder.

A statement signed by the Executive Senior Assistant to the Senior Pastor of COZA, Ademola Adetuberu, noted that the church does not support rape, and also stands by anyone who has been a victim of rape.

The statement reads: “We see this ugly development fuelled by envy and sheer jealousy as an unnecessary distraction and a fight from the pit of hell against the ministry that God gave Rev. Biodun Fatoyinbo, as well as a declaration of war against the Church of Christ to which COZA is a flourishing branch under God’s grace.

“We are not unaware that certain pastors that felt threatened by the unprecedented growth of COZA and the grace of God upon His servant are after some of our members, just making every effort to cash in on the attack against God’s servant. There was nothing they had not done behind the scene until this rape scandal.

“They are accusing our Pastor of snatching their members. Some are even asking why he couldn’t remain in Ilorin. Our focus is the Kingdom of God and winning souls for Christ. COZA is home to those who have sold out to Jesus. At COZA, we believe that every sent servant of God has his or her harvest field given to him or her by God and not by poaching souls or believers of another ministry.

“The enemies of the Church have been going about fabricating stories against our Pastor having realized that the Busola story cannot be proved in the court of law. They are begging people to come out to make frivolous claims against the anointed Servant of God. Not only that, some highly respected Pastors who identify with our Pastor are being abused and insulted for standing by the truth while some agreed with them on the need to demonise and destroy our Pastor. But we have a message for them, COZA is marching on and the gate of hell shall not prevail against it. Jesus Christ whom we are serving will vindicate our Pastor and the adversaries will be silenced forever in Jesus Name.

“We, therefore, urge those sponsoring these evils to desist; however if they do not, the God of vengeance will visit them. They should let Rev. Biodun Fatoyinbo continue freely with the divine mandate that our Lord Jesus Christ gave him. It is ungodly and sinful to be used by satan against the anointed.”

The church while saying that Busola Dakolo would soon be served with justice, said their Senior Pastor never had anything personal to do with her (Busola Dakolo) or even dated her.

“We stand with anyone who has been a victim of rape. We stand by our Founding and Senior Pastor, Rev. Biodun Fatoyinbo, who has been at the receiving end of organized blackmail and all sorts of attacks because of his innocence and we are sure that our faithful and unfailing God will vindicate him very soon.

“As for Busola Dakolo, justice will soon be served. We would like to, again, for the record reiterate that our Senior Pastor, Rev. Biodun Fatoyinbo has never had anything personal to do with her. Busola was not raped by Rev. Biodun Fatoyinbo and she had never been in a relationship with him either”, the statement noted.

Pastor Fatoyinbo has been under attack by some Nigerians when Busola Dakolo, the wife of music artiste, Timi Dakolo, alleged that he (Fatoyinbo) raped her when she was 16 years old.

After the allegation, many Nigerians took to the street, demanding for Pastor Fatoyinbo to step down from the pulpit.

Before the matter was taken to court, the Pentecostal Fellowship of Nigeria (PFN), had set up a panel to investigate the allegations of Busola Dakolo against the senior pastor of COZA.