Ramadan: WHO warns of possible surge in coronavirus infections 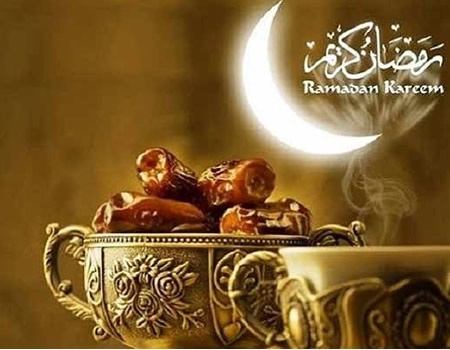 World Health Organisation (WHO) had warned of a possible surge in coronavirus infections during the month of Ramadan.

Ramadan, the Muslim fasting month would begin on Tuesday in many Arab countries, as the holy month comes amid restrictions for the second year due to the coronavirus pandemic.

Saudi Arabia, Yemen, Egypt and Tunisia announced on Sunday night that the new moon was not spotted and therefore, Monday marks the last day of the Islamic month of Shaaban.

The beginning and end of Islamic months are determined by the sighting of the new moon.

Other countries are expected to confirm the start of Ramadan later on Monday.

During Ramadan, observant Muslims abstain from eating, drinking, smoking and sex from dawn to sunset.

Muslims usually celebrate by large social and religious gatherings, such as special evening prayers, where mosques are traditionally packed.

However, many restrictions due to the coronavirus would limit some practices for the second year.

Charity banquets had been banned in several countries.

Egypt, Saudi Arabia and the United Arab Emirates would allow Ramadan’s evening prayers “taraweeh’’, but limited them to half an hour.

In Jordan and Tunisia, worshippers would not perform taraweeh at mosques due to a night-time curfew.

A similar curfew has been imposed in Iraq for weeks and is expected to be renewed, especially after the country’s daily infection rate surged, almost hitting 8,000 on Friday.

While the state closed Sunni mosques since 2020, Shiite mosques have been open in the country.

In Singapore where about 15 per cent of the 5.7 million inhabitants are Muslim, Prime Minister Lee Hsien Loong wished Muslims “a peaceful and happy Ramadan.”

With the coronavirus pandemic appearing largely under control in the city-state, most worshippers would be permitted to perform congregational prayers in mosques, though migrant workers would be restricted to praying in their residences.

Singapore hosts more than one million foreign workers, including tens of thousands from Muslim-majority neighbours such as Bangladesh and Indonesia.

Most of Singapore’s roughly 60,000 confirmed coronavirus cases were reported among mostly young and low-wage migrants crammed into purpose-built dormitories. (dpa/NAN)

6-year-old whose genital was mutilated, discharged from hospital, reunites with parents