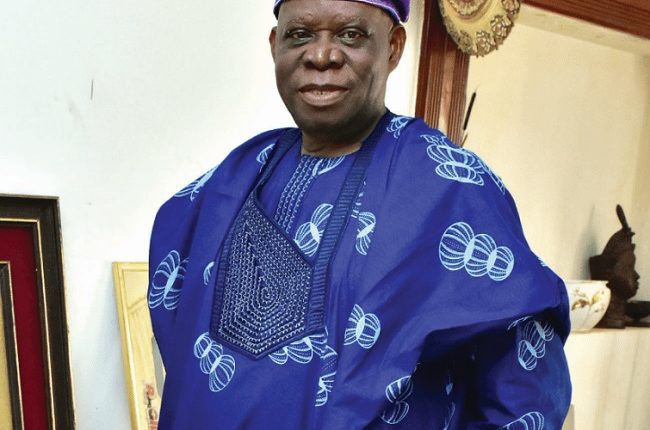 The former military governor of Lagos and Ogun states, Brigadier-General Raji Rasaki (Rtd), has advocated for an increase in the pension of ex-servicemen.

Rasaki made this call on the occasion of the launch of the Appeal Week Emblem, held on Wednesday, at State Secretariat, Ibadan, as part of activities marking the 2021 Armed Forces Remembrance Day in Oyo State.

Noting that ex-servicemen still received ‘peanuts’ as a pension, Rasaki said the veterans were deserving of increased pension for risking their lives participating in wars and various peacekeeping assignments.

According to Rasaki, the pension of ex-military men should be increased anytime the salaries of civil servants are jacked up.

Like in some developed countries, he asked that war veterans also be allowed to enjoy subsidies and free access to some social facilities.

Speaking in the same vein, Chairman, Nigerian Legion, Oyo state, Deacon Michael Fajimi appealed for generous donations in order to cater for veterans that are alive but incapacitated, those living in despair, children and widows of the veterans.

He particularly charged the Governor Seyi Makinde led the government to change the usual situation where the state was among least donors towards the Armed Forces Emblem launch in the South West.

Fajimi explained that the financial support enabled the empowerment of widows, disabled and aged veterans in businesses to include transportation, bakery, soap/pomade/insecticides making and others.

He assured of the judicious allocation of funds gathered to attend to the welfare of the veterans and dependents of the fallen heroes.

Launching the emblem, Governor Seyi Makinde of Oyo State identified the imperative of conscious care for the needs of maimed soldiers, widows, their children and other dependants.

While announcing a donation of N2million, Makinde, who was represented by his deputy, Mr Rauf Olaniyan, solicited donations by industrialists, commercial firms, corporate organisations, philanthropists and individuals to support the ex-servicemen.

The week-long remembrance activities will continue with special prayers in churches, mosques, honouring of veterans, empowerment of widows and people with disabilities, grand finale and wreaths laying ceremony.

Couple, one other abducted in Ondo