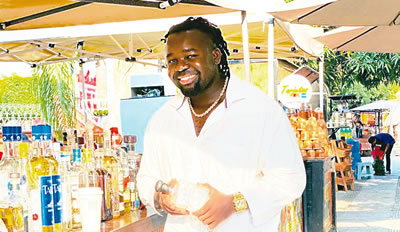 Born Fredrick John, Rainfredrick, who recently released the album issinging his way into the hearts of his fans and music lovers both locally and globally.

The new work of art entitled ‘Sancho is Pancho’ which was released barely a month ago, already seems to be taking over the airwaves, with fans and music loversvibing to it.

The singer while speaking about the new project said that he is passionate about making his fans and music lovers across the globe happy, and the new album is just the beginning of more projects to be released for their listening pleasure.

“Sancho is Pancho resulted from days and weeks of hard work, sleepless nights and dedication to wanting to give my best to my fans; they have been so supportive and the best way to show my appreciation to them is with the release of songs that will make them happy,” he said.