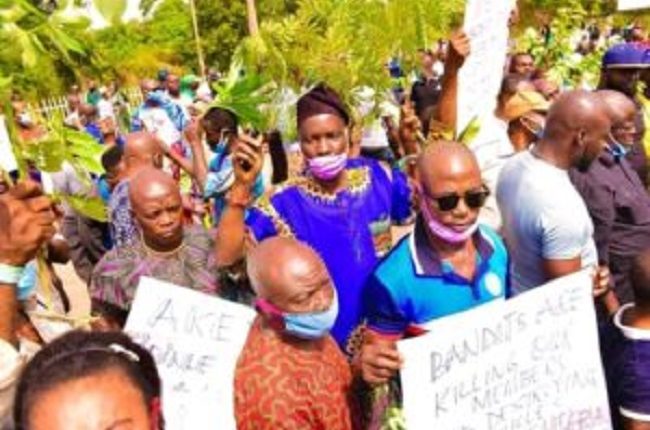 Forest guards, farmers and commercial drivers in Akure have staged a protest on Thursday in support of Governor Rotimi Akeredolu’s order for Fulani herdsmen to vacate the state’s forest reserves in seven days.

The protesting crowd blocked the streets and carried placards telling their governor not to rescind his directive.

Speaking at the protest, chairman of the National Union of Road Transport Workers, Comrade Jacob Adejo, said commercial drivers were no longer safe in the state.

It will be recalled that on Tuesday, there was a statement from the Federal Government saying that the governor is not expected to oust Fulani herders from Ondo forests or he will go against the constitution of the country.

There have been reactions from various quarters including the Pan-Yoruba socio-political organisation, Afenifere, which has asked South-West governors to the Ondo State governor, saying that President Muhammadu Buhari’s regime “represents only Fulani interests against those of Yoruba, Igbo, Junkun, Ijaw and other tribes in Nigeria.”