Queen ‘to retire in 18 months’ for Charles to become Prince Regent, report says 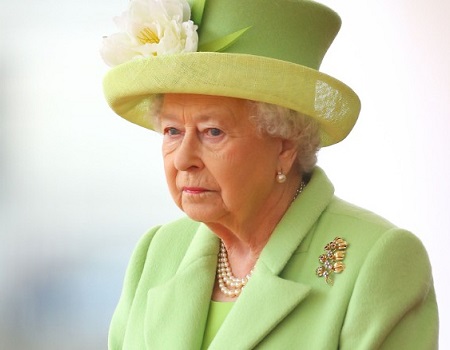 QUEEN ELIZABETH II is supposedly giving a serious thought of stepping down and handing over the reign to Prince Charles when she turns 95 in 18 months’ time.

According to a report,  in the royal succession rules, Queen Elizabeth II can’t retire without abdication, but she can stop all of her royal duties and responsibilities should her health become a concern.

In the event that Queen Elizabeth II is too sick or weak to carry out her duties, a regent would step in as a placeholder.

If this were the case, the queen’s regent would likely be her heir to the throne, Prince Charles.

As first in line to the British throne, Prince Charles would carry on with his mother’s responsibilities until she passes away and he becomes king.

In recent years the Queen has increasingly cut back her official duties, with Charles stepping into the breach and taking more responsibilities.

Charles has played a prominent part in dealing with the fallout from Prince Andrew’s disastrous BBC interview with Emily Maitlis last week.

Palace insiders have even reportedly dubbed the heir-to-the-throne the ‘Shadow King’ after his decisive handling of the crisis.

Although the Prince of Wales was in New Zealand at the time, he kept pace with events.

He reportedly insisted that “Andrew has to go, it is the only way” in conversations with the sovereign.

A royal source told The Sun: “The scandal surrounding Andrew and Epstein gave Charles an opportunity to step in to show that he can run The Firm.

“No one is bigger than the institution of the royal family.

“Not even Andrew, the Queen’s favourite son.

“Charles recognised that and acted decisively, like the king he may well soon be.

“This was the moment when Charles stepped up as Prince Regent, the Shadow King.”

In the royal family, the order in which you were born determines your place in line to the throne.

However, should someone higher up on the succession line have children, his or her offspring automatically follow their number.

That means that William’s children and not Prince Harry would be next in line to succeed their father.

Gender is no longer a criterion for succession due to recent legal changes.