Wondrous World of Women
By Tribune Online On Sep 17, 2021 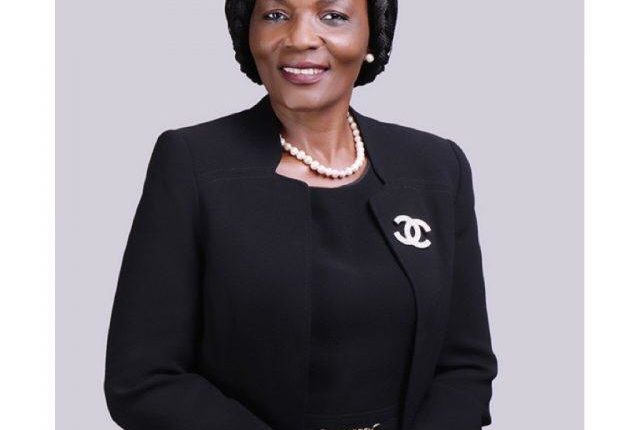 In this interview, the National President of the International Federation of Women Layers (FIDA) Nigeria Chapter, Barr. Rhoda Tyoden, speaks on women’s involvement in politics and overcoming the challenges facing them. Excerpts;

Why is there a need to push towards inclusive governance in Nigeria (TGIN)?

Statistics of women participation in politics depends on what you are looking at. I believe that there are different variables that make up politics. From being a party member, voting at elections, vying and contesting for an elective position to being elected into elective positions and also getting appointed into public offices etc.

Women all over Nigeria participate in politics, they are into campaigns, they come out en masse to vote. In all these, you can say that they participate but when it comes to vying for elective positions and appointment to public offices, they are grossly underrepresented. Under the current dispensation, women are said to be representing 4.7% of the total elective positions, which is not right for true democracy. It is a situation of 50% of the population not being there when decisions that affect them are being made which is contrary to the principle of equity and of an egalitarian society.

It is good that the constitution is being amended,this is long overdue.

The Senate President has spoken and as a distinguished man that he is, we want to trust him to deliver on his words. It doesn’t matter what the senate has not done in the past on this same matter. For what we have now is what they have said and we trust them to match action with words.

Women of Nigeria are watching and these women comprise of their colleagues in the National Assembly, their mothers, wives, sisters, daughters and granddaughters. The world is a global village and for any nation to develop and be healthy, there must be gender parity in public life. The need for the amendment of the constitution cannot therefore be overemphasized.

How do you think women should react to this statement?

To hold the government accountable, we must continue to demand accountability in all ramifications. That is why the Nigerian women are demanding the amendment of the Constitution to address the continuous discrimination and violation of women’s rights but in private and in public life.

The women groups in Nigeria through the Incorporated Trustees of the National Women’s Trust Fund have gone to court to challenge the poor implementation of the 35% Affirmative Action and the violation of the National Gender Policy 2006 which was instituted after affirming the Beijing Platform for Action of 1995 by the Nigerian government.

They are also seeking for the interpretation of the provisions of our constitution which prohibits all forms of discrimination (such sections as 42, 147, 14(2) and the provisions of many international instruments of which Nigeria ratified and is a signatory to.

Why are female political aspirants measured on a standard yardstick for them to be involved in government?

The women in the western world that are holding great political positions are women like the women in Nigeria, they do not have two heads, but the difference is in the enabling environment which allows them to engage meaninfully without any form of discrimination. Their election and electoral processes are devoid of any form of violence, high monetisation and intimidation. Their laws are sacrosanct and respecter of no man. Rule of law is entrenched. Their political stage is a flat stage for all.

Talking about the Tanzanian woman president, I’m happy for her and I also sympathize with the family of the late president. It is not our wish and desire that a president has to die for a woman to ascend to that position. Women are qualified to be elected and should be given the opportunity without any bias or unequal treatment. There are countless women that meet the qualifications and criteria for the office of the president. All we need is an enabled environment that is free and fair without any inhibitions or limitations. Nigerian women are great leaders with evidence all over the globe showing the stuff they are made of in their respective offices. Asking whether Nigeria has developed to the extent of having a female president is uncalled for.

How would you encourage women to participate and make a change for the 2023 election?

Getting more women to participate in politics is not rocket science. With what we are seeing and hearing from the government, I believe that the needful are being addressed which include but not limited to amending the Nigerian Constitution that will promote gender parity in all spheres of public life. Calling for the implementation of the provisions of the National Gender Policy which is in tandem with the declarations of the Beijing Platform for Action and the 35% Affirmative Action.

Creation of an enabling environment that is devoid of any form of discrimination and violations of women rights which are human rights, political party constitution should be gender neutral. The government should implement the recommendations of the Electoral Reform Committees (Justice Uwais Committee) which is holistic in approach.

Support the bill that seeks to make it mandatory for a quota system allocation of seats to women in every state, the empowerment of women to enable them compete favourably. We must note that the majority of women are in unpaid care jobs with little or no income, which limits the resources at their disposal, it also affects the time they may have to participate in politics.

Government should invest more in public facilities/ infrastructure which will help reduce the time and energy the woman expends in her unpaid care job. Our laws should be gender-neutral and the government should take proactive measures to ensure the effective implementation of our national laws, and all international instruments that Nigeria is a signatory to. Women should continue to build coalitions nationwide, in all communities to sensitise and create awareness on the need to participate in politics. Men should see women as partners and not competitors, let’s team up to build back a better Nigeria.

In spite of the huge investment in the water sector by the government and international organisations, water scarcity has grown to become a perennial nightmare for residents of Abeokuta, the Ogun State capital. This report x-rays the lives and experiences of residents in getting clean, potable and affordable water amidst the surge of COVID-19 cases in the state.  Court orders resident doctors to suspend strike, return to work immediately

The more women are helped, the better our society — Abimbola Ogundeji

Why I am passionate about girl-child, women issues — OAP Agbeetan