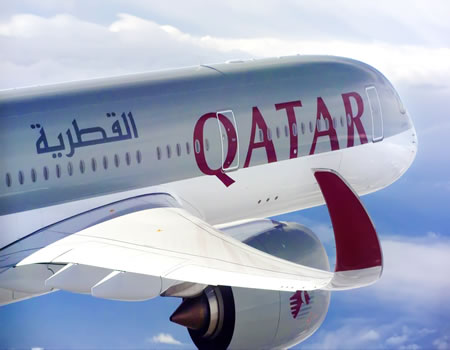 With the addition of Lagos, Qatar Airways’ network in Africa will expand to ten destinations with 44 weekly flights to the continent including Addis Ababa, Dar Es Salaam, Djibouti, Kigali, Kilimanjaro, Mogadishu, Nairobi, Tunis and Zanzibar.

According to Qatar Airways, passengers traveling from Lagos can enjoy more flexible travel options with seamless connections via the most connected and best airport in the Middleeast, Hamad International Airport. The airline currently operates over 650 weekly flights to more than 85 destinations across the globe including 27 destinations in Asia-Pacific, 32 in Europe and nine in North America, such as Guangzhou, Houston, Kuala Lumpur, London and New York.

Commenting, Qatar Airways Group Chief Executive, His Excellency Mr. Akbar Al Baker, said: “We are delighted to resume flights to Lagos and further expand our network in Africa. We know the Nigerian diaspora is spread across the globe and we are thankful to the Nigerian Government for their support in helping us to reunite family and friends with their loved ones. With our mixed fleet of fuel-efficient aircraft, we are able to resume Lagos services with the right sized aircraft that will enable us to respond quickly to passenger demand and increase frequencies, offering our passengers more flexibility to travel when they want.

“With 44 weekly flights to 10 destinations across Africa and plans for further resumptions in line with the easing of entry restrictions, we are committed to supporting the recovery of international tourism across the continent while also maintaining vital supply chains to support African businesses.”

According to the latest IATA data, Qatar Airways has become the largest international carrier since April, offering more global connectivity than any other airline to help take people home. This enabled the airline to accumulate unmatched experience in carrying passengers safely and reliably and uniquely positioned the airline to effectively rebuild its network. The carrier has stringently implemented the most advanced safety and hygiene measures on board its aircraft and in Hamad International Airport.

Qatar Airways’ onboard safety measures for passengers and cabin crew include: the provision of Personal Protective Equipment (PPE) for cabin crew and a complimentary protective kit and disposable face shields for passengers. Business Class passengers on aircraft equipped with Qsuite can enjoy the enhanced privacy this award-winning business seat provides, including sliding privacy partitions and the option to use a ‘Do Not Disturb (DND)’ indicator. Qsuite is available on flights to more than 30 destinations including Guangzhou, Kuala Lumpur, London, Paris, and New York.