Punish parents who fail to send children to school — Sultan 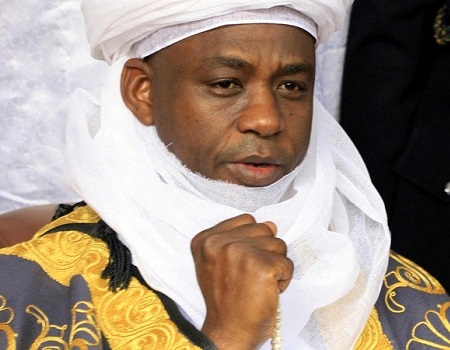 SULTAN of Sokoto, Alhaji Muhammad Sa’ad III, has urged governors in the northern region to take decisive actions against parents who refuse to send their children to school.

Sultan stated this in his address at this year’s International Day for Girl child Education held at the auditorium hall of Sultan Maccido Institute of Quranic and General Studies, Sokoto.

He said government at all levels should enact a law that would compel parents to send their wards, especially girls, to school or face stiff punishment for failing to do so.

The Sultan disclosed that the Northern Traditional Rulers Council had been positioned to hold a stakeholders’ meeting to determine the number of out-of-school children and with the aim of finding a lasting solution to the problem.

He condemned the impression that the northerners do not value education, saying that children should to brace up for education.

According to him, there is need to have more female doctors, pilots and other professionals.

He advised women not to let marriage be an impediment to their dream of being educated, saying education cannot stop marriage and marriage should not stop education.

Earlier in her address, the keynote speaker on the occasion, Dr. Larai Aliyu Tambuwal, highlighted the effects of menstruation in a woman.